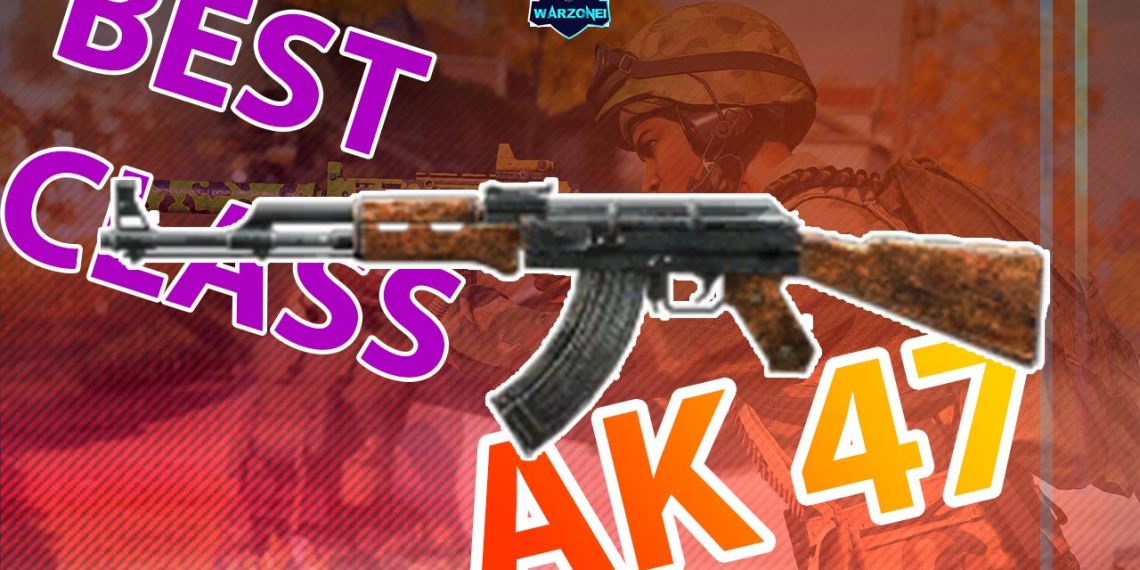 The AK-47 was at all times going to be one of the preferred weapons in Cold War, because it has been for practically each Call Of Duty earlier than it. Gamers are scrambling to determine the best AK-47 class loadout within the recreation to extend the potential of this punchy Assault Rifle. However we’re assured that our AK-47 loadout beneath tops all of them.

If you want to use AK-47(BOCW) as a secondary weapon along with a sniper rifle like KAR98, you can use this AK-47 setup:

Some players tend to select the GRU suppressor instead of the suppressor. Still, this suppressor increases Aim down sight speed which is so helpful for a close-range gun and is the key to win in close battles. Also, this muzzle increases the bullet velocity and sprint to fire speed that is useful for both close and mid ranges battles.

This barrel turns the AK into a quick killer machine while increasing its mobility and control. It reduces the damage but instead increases the range that helps you in midrange battles.

This barrel is the most important in the setup; increasing control, damage, range, and reducing the gun horizontal and vertical recoil are some of this barrel’s advantages.

You should increase the mobility which this barrel caused to facilitate with other following attachments as your gun still remains fast.

This is what I spoke about that, this laser compensates for the mobility reduction which barrel caused. And also increases the Aim walking movement speed.

Why do we suggest the simplest ammunition for this setup? Aim down sight speed has the most importance for close-range Classes. So as you see, other ammunitions reduce this feature that is not exactly what we need. But this one didn’t affect that and just increases ammo capacity.

this stock makes something that doesn’t reduce mobility and, on the other hand, reduces the gun recoil. So use this stock that increases mobility and also helps you to control your gun very well.

MY experience with the BEST AK47 setup

Let see how this boy will be in the Verdansk. You need a quick weapon? You need a killer machine? Are you looking after the new meta? Use this setup to find the answer.

Excellent mobility, swift Aim down sight, most powerful in close ranges, and very short TTK (time to kill). This little monster doesn’t let the enemies even get close to you and execute the enemies really nicely. For sure, I can say that this setup has the least possible recoil and satisfy you as the secondary weapon. Try that to understand what exactly I meant and before the Raven nerfing this monster.

Some players using this gun for far ranges; it has vertical recoil. Still, if you control that, this gun will shred the enemies easily.

Muzzle: here, we suggest Gru suppressor because this setup is suited for far and Midranges and Aim down sight speed has less importance here, and this muzzle reduces recoil, which is so good for a far range gun. Also, it increases the accuracy and damage and damage range that is essential features in far-range battles.

Barrel: like the previous Class, I suggest 20′ Spetsnaz RPK Barrel. I explained about this barrel during the last setup.

Optic: Axial Arms 3x. This optic gives you a suitable zoom level that is acceptable for an assault rifle. Also, it increases the weapon accuracy that makes your shots more accurate.

Underbarrel: Spetsnaz Grip helps you control your gun and reduces the horizontal recoil. Also, it will increase mobility.

Ammunition: 45 RND. I analyze this one also in the previous setup.

All in all, if you remember the old days of Amax, when you are shooting with this Ak47 Class, you will feel that it’s just like that, and even they have similar recoil patterns. While I was using this Class, I felt like using the Amax and the cold war version. As the Amax is my favorite gun, I really like this Ak47 setup. It’s really controllable, and killing enemies is not tricky with that. Even in close ranges, thanks to its incredible Aim down sight speed and TTk. I think the Amax give way to the Ak47.

Been working the AK-47 as a result of the brand new map… its fairly lit, not gonna lie

This arrange makes use of Ghost to present you one thing of a protection. Nevertheless, it additionally helps you push gamers. Quick Fix could make the entire loadout extra forgiving.

If the bulkier, weightier nature of an AR is an excessive amount of, we’d advocate the brand new PPSH-41 SMG as a improbable different. And even the brand new K31 Sniper Rifle for extra range as its fast ADS time makes it extraordinarily precious.

WHAT IS THE BEST ak47 LOADOUT?