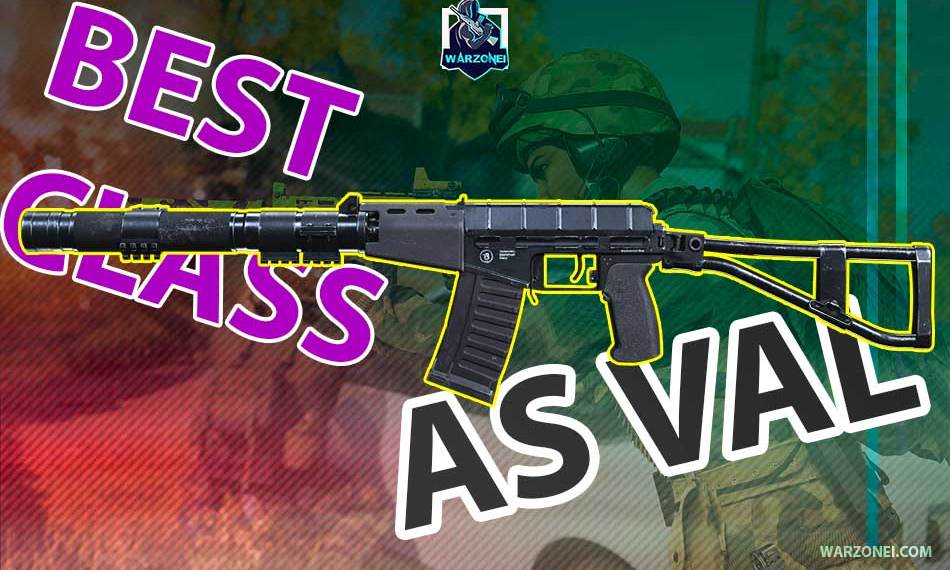 AS VAL is one of the fastest guns in the Warzone. You can earn this assault rifle as a part of the Season six battle pass for free. This weapon is specifically designed for covert operations in Warzone, and it can damage your enemies. This weapon has two types of roles in the Warzone. First, based on your configurations, you can use it for stealth kills, and it is really effective for close-quarters combat. Second, you can forget the configurations and just use its twenty bullets for long-range silenced kills. The fire rate and the gun’s damage are higher than RAM-7 or M13, but it’s recoil is not low. It can kick up hard to the upward. If you have a problem with the numbers of bullets, you can extend them to thirty rounds, and do not forget its subsonic rounds; they move slowly but are absolutely lethal. Many players use this weapon in covert operations, and it has shown to be completely useful.

The famous and professional player of Warzone “Nickmercs” introduced as val Loadout in her YouTube video that we showed you.

Is AS VAL built for medium-range combat?

You can use AS VAL for medium-range combat but remember that it has a small magazine. So, it would be best if you were careful while making your shots and do not miss them. Its fire rate is satisfactory for close to medium range combats. AS VAL is the thirteenth assault rifle in verdansk84, and it was one of the most anticipated guns that players were waiting for to come. You can also use this Russian rifle for killing armored enemies due to its high bullet penetration. If you are looking for an easier-to-handle and carry gun for long shot kills, you can choose SP-R 208 bolt-action marksman rifle, but if you want something for close-range and medium-range combats, we advise you to choose this gun.

The best Perks for as val guns are here

how can unlock as val in warzone?