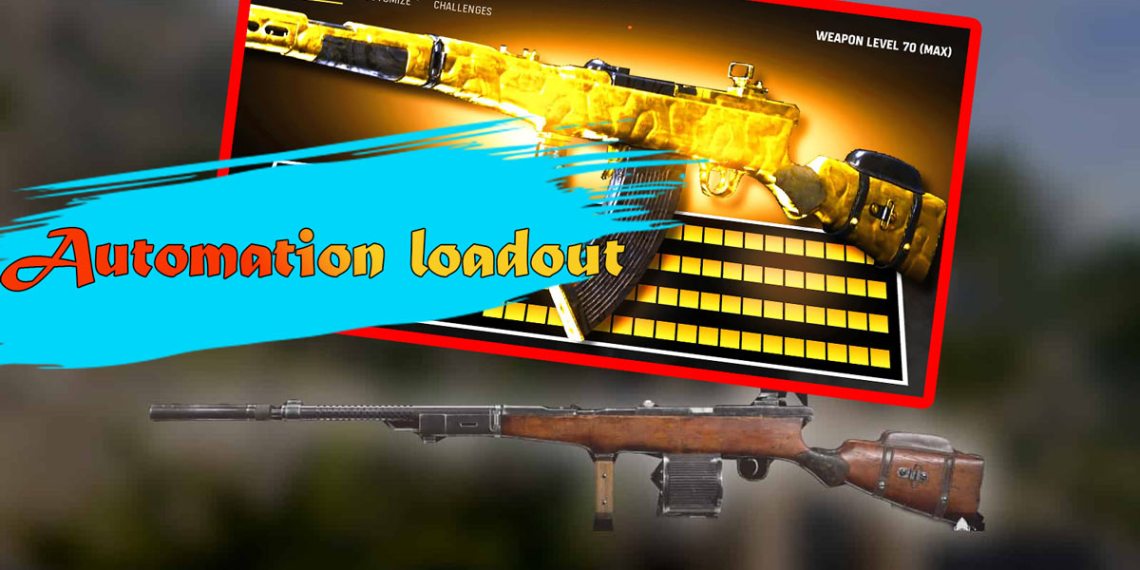 One of the best Vanguard weapons, Automation, changed warzone rules in the Pacific. High power weapon that, thanks to its zero recoil, become famous, and here you find the best Automation attachments setup.

Pacific map has its unique structure, and best weapons for such this old map is WW2 weapons that Vanguard brought them into the Warzone. Nowadays, the map is still unknown for most players; the winner is who uses Vanguard weapons. Plenty of options exist, and the best one right now is Automation.

Automation is an Assualt rifle that found its way from WWII into the Warzone; like other players, you also should bring the battle into the Vanguard field. Automation is a good choice for starting, alongside its meta weapon right now. Different attachments and setups may confuse you, but trust me; this one is the best Automation Loadout.

Swagg, one of the famous streamers and Youtubers, recently shared the best setup of the Automation weapon. We prepared the Swagg setup for you; the best Warzone Automation is here.

in a big map like the pacific caldera, sound suppression is an essential factor that is the leading cause that we choose this muzzle. Alongside that, it would improve weapon accuracy.

this barrel prepares your weapon for far-range conflicts. It increases weapon bullet velocity and Range alongside improving Accuracy. It also has a minor effect on weapon mobility.

this under-barrel would solve your problem with this weapon recoil, and also it increases the gun Hip fire accuracy.

is just the Magazine with the most capacity, and there is nothing special about this Mag.

this Grip also affects Flinch resistance and enhances accuracy and recoil control during sustained, such as the Anastasia Stock.

surprisingly, this optic would affect the weapon’s accuracy, and it would also help to recoil control! Alongside a good zoom level that is good for even far ranges.

this Stock would work well alongside Anastasia barrel; it would improve Finish resistance and Accuracy during sustained. This stuck also plays a critical role in recoil replacement.

Again, this attachment would also improve Accuracy and recoil during sustained. You can see this setup tried to reduce weapon recoil as possible.

there are plenty of setups that we analyzed and tried in Warzone. Some of them were faster, and some other more potent in cost of an uncontrollable recoil. However, we chose this setup for you because it was really the best and effective. You can use it as your primary weapon for far and mid-range conflicts without feeling any weakness.

it’s a valuable perk on the Pacific map. You notice while the enemy Aiming at you, or you can hear enemies coming even while using Dead silence.

In the Warzone, Vanguard weapons stand at the top of the list. So it doesn’t make sense to use MW or BOCW weapons against Vanguard rifles. among Vanguard weapons also STG-44, BAR, and DP27 have the potential to be in use after the Automation. If you didn’t upgrade these weapons, AK74 BOCW and Xm4 are still acceptable.

What is the Best Vanguard Automation class?

Automation is better than STG-44?

While you shoot with both weapons, you can feel that the Automation has no recoil, better firepower, and lesser TTK. These reasons are enough to say “YES” to the above question and choose Automation as your weapon in Pacific Caldera.