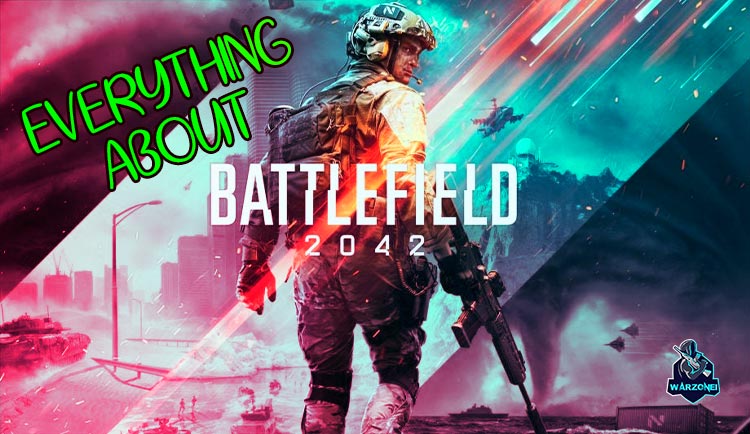 And unlike rumors that propound, this battlefield version will not release for the eighth generation of video games. Still, that news was denied, and the BATTLEFIELD 2024 will release for the previous generation. I mean ps4 and  Xbox one on October 22. (this game available for pre-order now in the PlayStation store.)

Different editions are now available to pre-order such as standard edition, gold edition, and ultimate edition. those kinds of players who pre-ordered the game will have early access to the beta version.

There are no more rumors and leaks with poor quality trailers, battlefield 2024 official trailer released.

Battlefield has three main multiplayer parts, but according to EA, DICE battle royal is not one of them.

One of these modes is All-out war which is the next part of the previous series’ Conquest and Breakthrough mode. In every match exist almost  128 players for pc and ps5 and Xbox series  s/x. And for ps4, Xbox one just 64 players. But EA DICE avouched: “that gameplay, events, and moments will all be felt for Battlefield players on whatever platform they play on.”

The second multiplayer mode is the HAZARD zone. Again, EA emphasized that this is not a battle royal and instead, this part will bring a new experience for the players while this mode is totally different from the all-out mode.

The third one will resales on July 22, and we haven’t a lot of information about this one, but EA called this one a love letter to fans.

But with seasons and updates, they will bring other new maps to the game.

Vehicles also play a significant role in the game, and players have access to many vehicles like tanks, jets, helicopters, and other ground vehicles. Another exciting thing that we saw in the trailer was the weather and fight areas; unlike the WARZONE, there is not just one weather for fighting, and dynamic weather exists.

Battlefield 6 will probably have a free Battle Royale section. Over the past few months, various rumors have been circulating about the next entry in the Battlefield EA series and DICE Studios. Many people are already talking about the new game called Battlefield 6. Most are related to online status, such as having some kind of free game mode and Battle Pass. Now a new news leak seems quite unique.

The environment and story of the game will be in the future, although not too far in the future. That is about 10 to 15 years from today. However, the game includes items such as military robots and drones.

Every soldier you choose as your character has a unique ability, and this is not about their clothes and Camouflage like the warzone. Still, every soldier has a duty and unique ability .new battlefield will release with 10 special skills, but we just know some of them as support, engineer, assault, and recon.

And the ability of your operator is not related to the weapons, and you can build your own class of weapons as you wish.

You can customize your weapons, and in this version, you will have access to new weapons like

Battlefield portal: Everything you need to know

The Battlefield series is one of the best first-person shooters in history, best known for its multiplayer portion. Earlier versions of the series always had a not-so-good story campaign. Now it looks like there will be no storyline in Battlefield 6.

Reputable liqueur Tom Henderson has announced that there will be no story in the new version of Battlefield. In addition to claiming that Battlefield 6 depicts the modern world of the next 10 years, Henderson believes that this version of the game will be released without any extensions or numbers called Battlefield. According to rumors, Battlefield 6 will have no story or anything related to the single-player campaign, and the game is completely online and multiplayer.

However, as news listeners of this game, we are sure that this game will not have a storyline, but it has some exciting effects.

will battlefield 6 be on ps4?

It is unclear whether this game will be developed only for next generation platforms or whether we are dealing with a mid-generation effect that is also available to Xbox One and PlayStation 4 users.

Battlefield portal: Everything you need to know