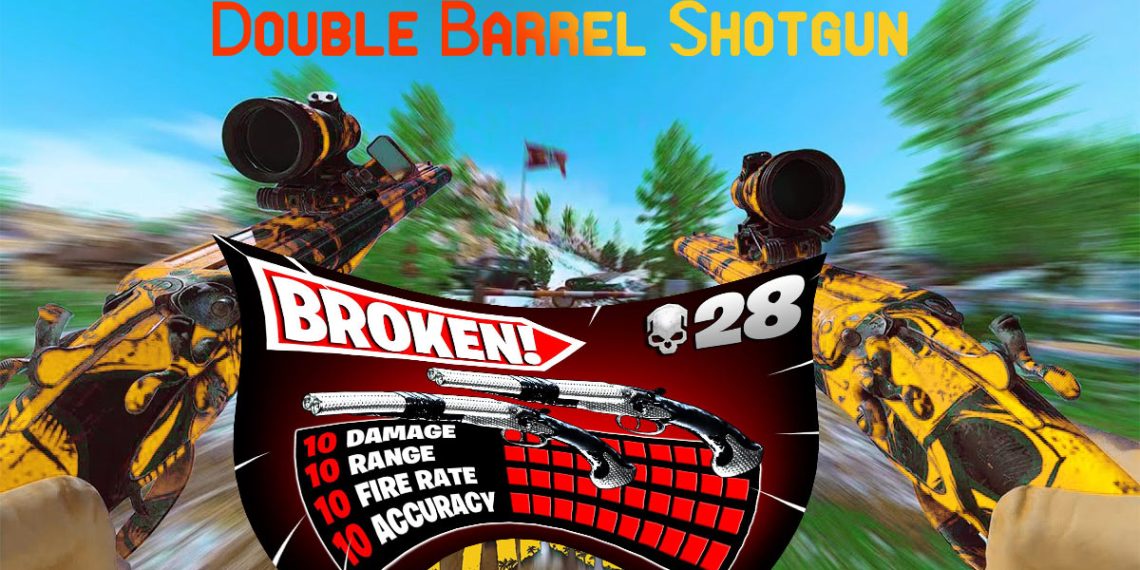 Double barrel shotgun is a broken weapon from the Vanguard that you can use this Shotgun Akimbo even. So imagine that how powerful it would be in Warzone pacific and Rebirth Island. So if you looking for the best Vanguard shotgun for use in Warzone Pacific Caldera, try our best Double Barrel shotgun loadout.

Warzone now experiencing WW2 guns thanks to COD Vanguard. Sometimes, these weapons are wired; one of the wonderful cases is the Shotgun Akimbo! The double barrel is a mighty shotgun in the Warzone Right now, even more, overpowered than Jack or other shotguns. Thanks to its Akimbo ability, this shotgun has really awesome TTK, and it causes this weapon popularity in the warzone.

Most of the players are looking for this shotgun setup because they are attracted by its massive power. Most famous streamers and YouTubers also use this weapon because of its power. This weapon also has good mobility that lets you keep running and play hide and seek with enemies. So if you also are a fast player and want the Shotgun akimbo, here is the best Double barrel setup.

The first gifts of this barrel are improving mobility and increasing the damage alongside Wider Pellet Spread.

this stock enhances the weapon’s hip-fire accuracy and movement speed. It would also again affect the weapon mobility by improving sprint to fire speed.

improve Aim down sight and sprint to fire speed. This grip also would affect our primary goal; it would enhance Hip fire accuracy.

this ammo type would improve both weapon control and mobility by enhancing Shotgun Slug.

this mag have bullets that cause increasing damage range.

this optic also would increase the weapon accuracy that would be helpful.

listen, men, this shotgun really works, and it’s unique in Warzone. It is really insane, and most players complain because of this weapon’s significant damage. I suggest that you use this weapon ASAP and enjoy playing with a monster in Warzone.

with this gun, you would mainly be in close-range heavy fights that there is no time for replacing your body armors, so this perk would be helpful because you would regain your health by killing players.

this perk is a good choice for this weapon; you haven’t enough time for replacing 3 body armors and going back to war because the enemy would run after you. With this perk, you can full your armors with just 2 armor, taking less time.

it would reduce the enemy’s tactical grenades effect on you. and Immune you against snapshot grenades.

actually, most of the Vanguard shotguns have similar power as Double barrel, but no one is not such a killer. You can even find Combat shotgun and Gracy Auto on the ground loot and find these weapons high power. Other shotguns such as Stretsweeper, R9-0, and Jack-12 are also great and powerful.

What is the best Vanguard Shotgun?

Double barrel is a killing machine, and indeed no other gun can’t challenge this weapon in close-range battles, but this only happens while you use the Akimbo perk. So yes, if you unlocked the Akimbo perk for this shotgun and know its best setup, it would be the best Vanguard shotgun.

Indeed yes, even after they nerfed this weapon, they couldn’t control this weapon, and it’s still a massive gun and very potent. Don’t be in doubt about using this fantastic weapon. It’s incredible with our suggested loadout.