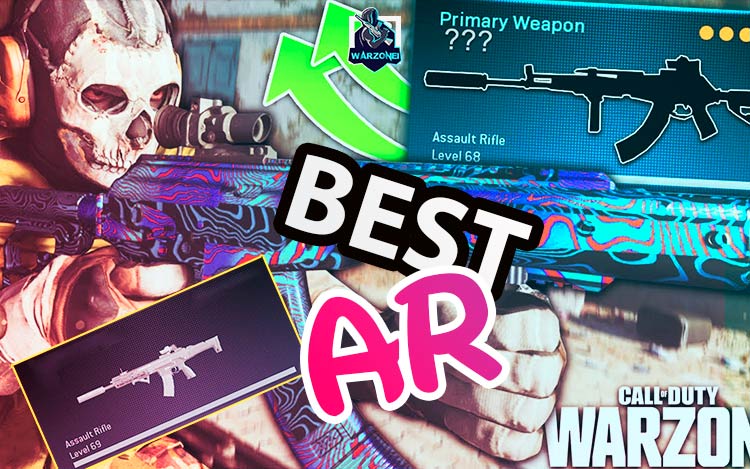 How To Check Warzone Lobby Rank ?

How to find the best VPN for Warzone?

When it’s in our hands, everything’s fair and fun, and when we get demolished by it, it’s only because the gun’s way too “op” or powerful, “unbalanced,” or THAT GUY MUST Be CHEATING. Yep, you know what we’re talking about: the best assault rifle in Warzone.

Season 3 is a golden opportunity for AR-lovers since all these fully automatic hell-raisers are more or less viable.

Sadly, we’re bound to crank out a top-five list of the best assault rifles in Warzone. So, here it is:

Standing at number five, the Cold War variant of AK-47 has seen much love, and it’s tremendously easier to control now. It has acceptable damage output and the time to kill (TTK) is low enough to satisfy anyone’s quench for fragging at any range.

The new balance changes paved the way for the hard-to-pronounce FARA to join the meta. High bullet velocity, diversified fighting option (close to long distances), and the fact that it’s too easy to strafe and spray with the FARA have had many picking it up.

The perfect combination of mobility and low-recoil at your hand as you slaughter throw rows of enemies with the FFAR. One of the best assault rifles in the game provides excellent precision and turns you into a feared opponent in long skirmishes.

The Krig 6 is the long-lost child of the forgotten assault rifle gods; the Grau 5.56 and Kilo 141. It has received a damage multiplier on headshots, torso-shots, and neck volleys. Currently, Krig 6 is one of the best assault rifle loadouts you can hope to have.

To us, the CR-56 AMAX is by far the best assault rifle in the game, hands down, and rules above all.

Devs have really tuned this already-easy-to-control AR up to the point that if you mount, there’s no recoil, and bullets will hit exactly where you want ’em to!

Although the recoil is a bit bouncy and hard-to-master but with a bit of effort and training, it becomes an extremely fast hand-cannon that makes short work of enemies.