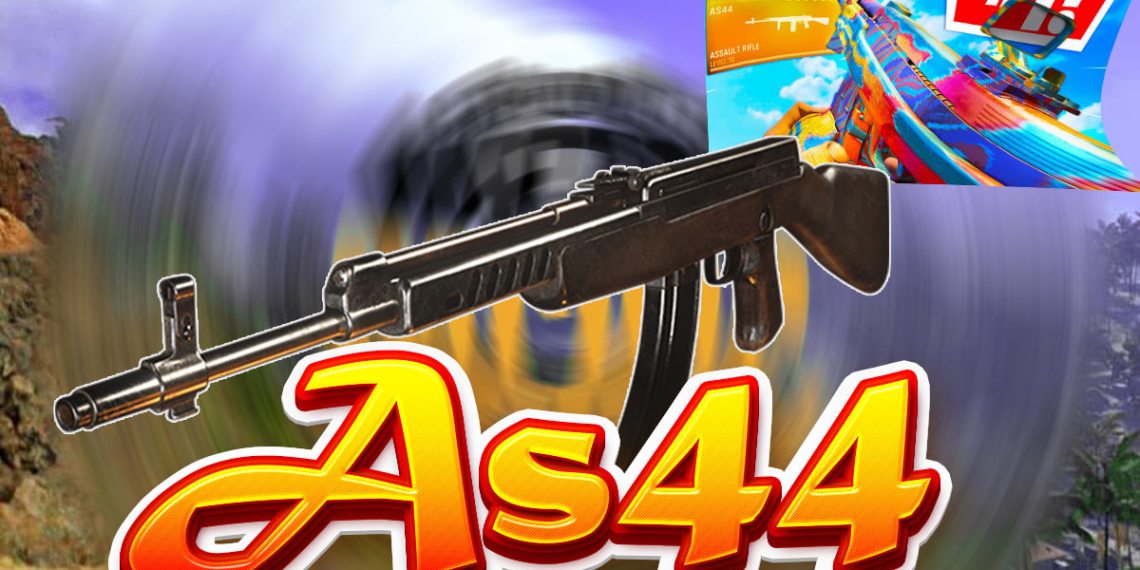 New assault rifles that Vanguard brought to Warzone become popular day by day thanks to their unique features. AS44 firepower and accuracy make this weapon one of the best in Pacific Caldera. And here is the best AS44 loadout.

After Verdansk and BOCW weapons, it’s AS44 turn to be the meta and find a place in players’ hands. This weapon now is popular because of its incredible firepower and fire rate. These features are enough for an assault rifle to make that useful for mid and far-range battles. Sometimes people prefer to carry an assault rifle beside their sniper rifles, and indeed the AS44 is a good weapon for them.

AS44 made the different situation in Pacific Caldera, and now there is plenty of AS44 Setup on the web, but commonly, people are confused while picking one of them. Don’t worry about that. We will not make the selection harder for you. Here we prepared the best AS44 attachments for you. No matter you want to use that as your primary weapon or alongside a sniper rifle.

Best AS44 loadout in warzone

sound suppression is one of the MX muzzle advantages; it improves weapon accuracy also.

This barrel is one of the most accurate and controllable barrels for AS44. It would reduce scope Sway and gun bob alongside recoil reduction and damage range increasing.

Optic selection is a personal choice, and it entirely depends on you, but this Optic is a good choice for mid and far-range conflicts.

this attachment selection also is a personal choice. You can select the Gorenko for lesser bullets and, on the other hand adding some fire rate, movement speed, and accuracy to your weapon or use the Russian short 60 rounds for 10 more bullets.

this under-barrel effect on the weapon control and reduces the recoil. Alongside that, it would improve the AS44 hip-fire accuracy.

this Grip just helps you by improving weapon control.

pacific caldera has so many weapons from WW2, but AS44 has placed among the fastest and most powerful ones. This weapon has become popular because of its powerful bullets and quick fire rate. While you use this weapon in the Caldera, you will notice that this weapon has a perfect TTK. Use this weapon with the best setup that we prepared for you here.

Faze Swagg loadouts for AS44 guns

Swagg, one of the most renowned Call of Duty players, unveiled his ass44 weapon attachment

absolutely every assault rifle has its unique features, and each one is potent in some parts, but we can’t ignore assault rifles similarities. STG-44 is one of Vanguard rifles that can play a similar role to AS44. بازی کریپتویی Also, some weapons with a lower fire rate exist with equal power to AS44, like the BArR. Also, if you can control the weapon’s recoil, Automaton can be a good choice for you.

Ammunition running low is trouble always for vanguard weapons with high capacity mags; this perk would help you deal with that. Scavenger perk allows you while walking on the dead enemies would restore your ammo.

switch your weapons faster to be ready for any kind of battle.

what are the best AS44 Setup attachments?

Is AS44 a good weapon in Warzone?

No doubt, yes. This assault rifle is excellent in Pacific Caldera, and thanks to its various setups, it’s suitable for any kind of battle. you can use this weapon as your primary gun for far range and mid ranges conflicts, or you can put a Reflector Optic on the weapon and use that besides your Sniper rifle as your secondary weapon for close range