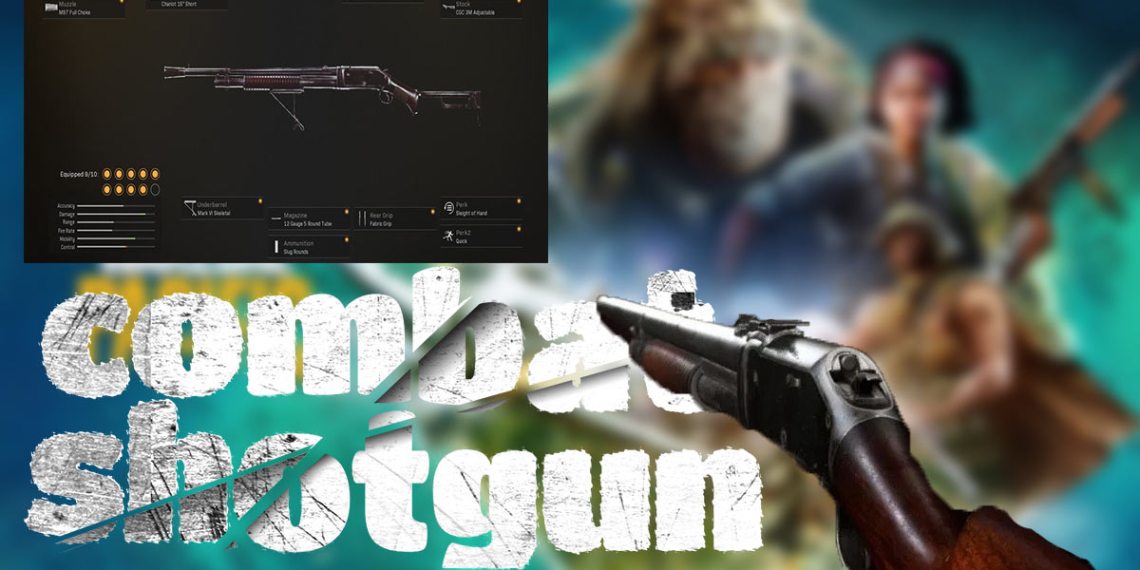 How to Get Outback outlaw Bundle in warzone & Vanguard

How to Get Ancient Amber Bundle in warzone?

The combat shotgun is another popular shotgun in the COD warzone that belongs to WW2, and we can experience this massive weapon in the warzone thanks newest Activision title, COD vanguard. Stay with us and find the best Combat shotgun loadout in this article.

Shotguns support only near ranges, and they have the slightest damage range among all Warzone weapons types. But on the other hand, they are overpowered in close-range fights, especially in the buildings. Nothing can Challenge these weapons in a building, but you need another gun such as cooper carbine or Vargo 52 that supports far ranges and, besides that, be light enough to be in use for mid-range battles.

The combat shotgun is a good choice for this type of battle and players who prefer to survive close-range battles by spending the least time and taking the least possible injuries. Combat shotgun while is limited in range, but its high fire rate and damage really break anything and compensate it weak range. This weapon served different militaries and armies, and now it’s the warzone players’ turn, use below loadout, which is the best warzone combat shotgun setup.

this bullet has more damage and causes damage range increasing, they also cause some bullet penetration improvement.

cause increasing range and damage.

honestly, it is sometimes hard to stick to the enemy and shoot at him so close that our Combat shotgun shows its best function; it’s tough while battles are outside the building. But inside the building, this weapon is the best, and you can really kill enemies till you have bullets in your mag. It has a good TTK and acceptable fire rate, but you should be aware of your weapon weakness, its limited range.

you need to carry another primary weapon for mid and far-range battles, so overkill is necessary. Then you can replace that with Restock that recharges your lethal and tactical over 50 seconds.

switch your weapons faster than before while you choose this perk.

vanguard has different types of shotgun that you can select; Gracy auto and Double barrel are two of those shotguns that have a proper function; you can use them instead of Combat shotgun. But options would be more varied while MW and BOCW become involved; they also contain great shotguns such as Origin 12, Streetsweeper, and Jack 12, which all are automatic shotguns with massive power.

What is the best combat shotgun setup?

The combat shotgun is powerful in the warzone?

The combat shotgun is a really massive shotgun that breaks everything that stays on its way; this shotgun has good mobility, damage, and fire rate that in conclusion makes a really incredible TTK for that; but it has some weaknesses such as low damage range that makes you carry another gun for both mid and far range fights.