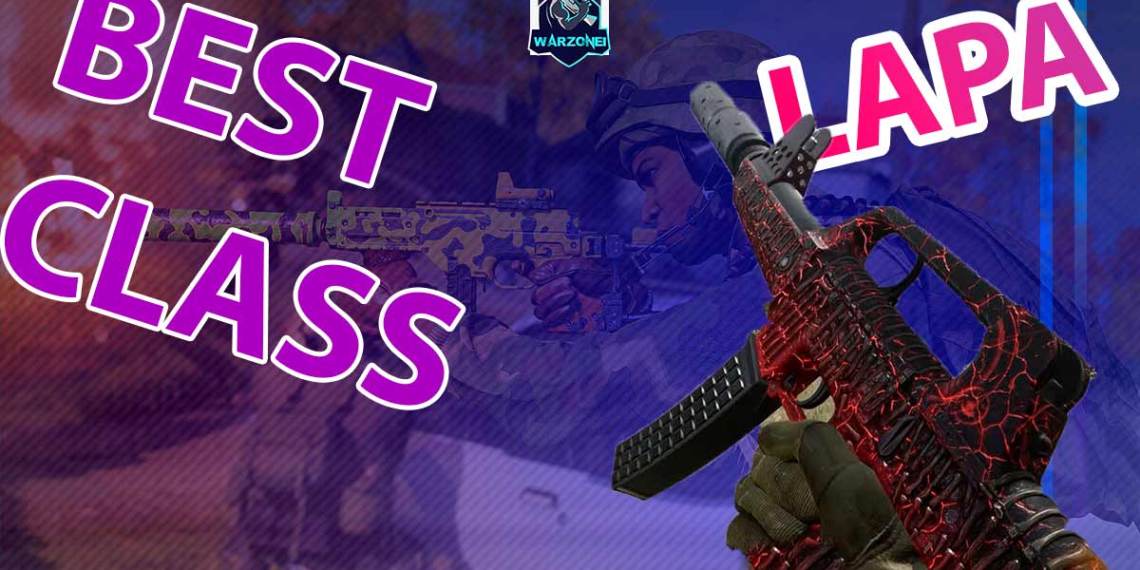 How to get Split Personality bundle

SMG weapons keep coming to  call of duty Warzone, and players welcome them. LAPA is the newest COD warzone SMG weapon from the Cold War title; read more about this weapon and the best LAPA loadout in this article.

Cod Cold war tried to show the best possible function in the last days of his ruling in the Warzone. This title is now trying to make good weapons and memorable things in the warzone to have a second chance for ruling in the COD warzone in the feature. So indeed, the weapon that had shown up in Warzone would have a great function to impress players and be such stunning that at least remain popular for two more seasons. Seasons that Vanguard would replace with Cold War and players expect so many different improvements.

LAPA is one of the last tries of BOCW to impress players, and actually, it works for both your secondary weapon and a second chance for close conflicts or as sniper support and players using this SMG weapon in Verdansk. Because of its good function and awesome firepower have become one of the most usable weapons now. So here we prepared the LAPA warzone best setup for you.

This new weapon has so many setups and attachments, but we prefer to use one of the most famous streamers and YouTubers setup for this article. GOD LAPA setup is here:

This barrel would improve two critical features of any Submachine gun. It would Increase both the Damage and fire rate of the LAPA., or you can avoid using the Barrel and use the default one, and instead, you can set an Optic on the weapon.

being silent is a good advantage for you, and this suppressor makes that happen. Alongside the sound suppression, this muzzle would reduce your vertical weapon recoil, increase bullet velocity and effective damage range that are good for both a close-range weapon or sniper support.

this one also would improve mobility. It increases Firing Movement speed, Aim walking movement speed, and ADS firing move speed, which are essential features of an SMG gun.

increase Ammo capacity at the max possible quantity for this weapon.

In the first look, you can notice this SMG high mobility and Fire rate that mostly are causes of attracting players. But other factors like this high weapon Firepower also makes this weapon TTK so low. all the named features helps you to be faster and kill more enemies and quads. All you need while using this weapon is movement skill. It’s light enough to let you run and hunt the others like a piece of cake. We can’t say this gun is so much better than other weapons, but it’s better than all other SMG weapons, and it’s powerful enough to have a place in your hands.

killing players would immediately start your healing process. This perk would make your job easier while you are fighting with more than one person.

it’s the best Combination and has the most usage in Warzone. You want to carry two primary weapons in your loadout, so you set the overkill perk and then in the following loadout, you should replace that with the Ghost perk to hide from U.A.V and sensors.

while you are using this one, enemies couldn’t run from you, they would leave behind footprints, and you can easily find and execute them.

right now, between all SMG weapons, OTS-9, PPsh, mp5(BOCW) are fast and powerful enough to compete with the LAPA and replace that in some ways. If you are looking for a hand from MW weapons, Mp5 is amazing and acceptable for close ranges conflicts, especially because of its hip-fire accuracy.

Is the LAPA best SMG in warzone?

We can't call this weapon the best SMG weapon because some other Submachine guns have advantages in some features, and LAPA would defeat some others. But this SMG is goodly balanced, and using that would make you the winner in most close conflicts.

What is the Best warzone LAPA loadout?

There are many different setups for this SMG weapon, but most of them are similar, but surely famous YouTubers provided the best version of these setups. And above in this article, we prepared a famous YouTuber, JGod LAPA loadout, for you. This setup has the best firepower and function in the warzone.