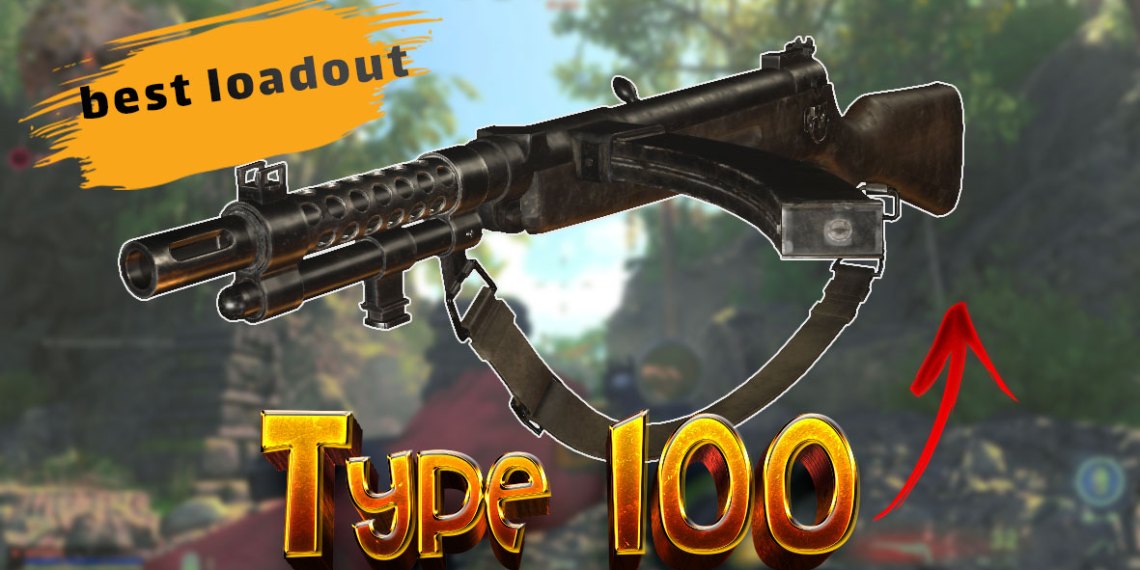 Vanguard is here, and now Verdansk gives way to the Pacific Caldera. Along with the new map, Vanguard brought new weapons from WW2 into the Warzone, and one of the best SMGs among these weapons is the type100. Here is the type100 best loadout.

Similarities among the SMG weapons in Warzone make selection difficult for us, but it mostly depends on your playing style that helps you find the best one for playing. But some SMG guns like type100  are significant enough to be used with all players and different playing styles. You can find the Best warzone type100 attachments here.

sound suppression is an essential aspect for each weapon in a crowded map like Pacific Caldera. This muzzle, alongside suppressing your gun, would reduce your weapon’s recoil.

this barrel mainly affects weapon accuracy and control, and it would also reduce scope Sway and Gun bob and improve flinch resistance.

This stock improves the weapon Sprint to fire speed and movement speed. It mainly affects mobility that is great for SMG guns.

it’s a light under-barrel with good recoil-reducing and good improvement in Accuracy.

The best Mag for this SMG is this one; the most crucial feature of this Mag is Bullet velocity and Range improvement. This mag also has a lighter caliber with higher Damage and bullet penetration.

increasing accuracy is the most significant change that this grip would cause. Alongside that, it would also reduce weapon horizontal recoil.

I can’t say that this SMG is the best option for the close-range battles or inside buildings conflict. There are many different options, such as melee weapons or shout guns. But this SMG is a good choice for being your secondary weapon alongside a sniper rifle because you can quickly kill mid-range enemies with that. This weapon is really overpowered and has very good TTK with acceptable mobility. I’m sure this gun and above setup would work excellently in Warzone.

an essential factor in any kind of conflict is Movement; double time is necessary and helpful when using SMG weapons. It would increase crouching movement speed that is helpful in sneaky attacks. It also increases tactical sprint time.

use the Overkill perk for carrying two primary guns and then change the perk with the following loadout with Restock perk to recharge your tactical and lethal over 50 seconds.

it would reduce reviving time by 25%

this SMG has some features that are not hard to find in other SMG guns. The First SMG that we suggest using instead of Type 100 is the MP-40, its good enough for being your secondary weapon even alongside a sniper rifle. Next, then we offer you the M1912 or M1928. And if you looking for similar weapons among BOCW or MW guns, tec-9, PPsh, and  MP7 have many similarities with this weapon

what are the best vanguard type100 attachments?

overall, if you are looking for an SMG weapon that easily hurts enemies even at a longer distance, like fighting outside a building. And also, having good Mobility is vital for you; besides massive firepower, I suggest the type100. If you want an SMG for Sniper support or you are looking for an SMG with the above features, Type100 with our suggested setup is the best one for you.