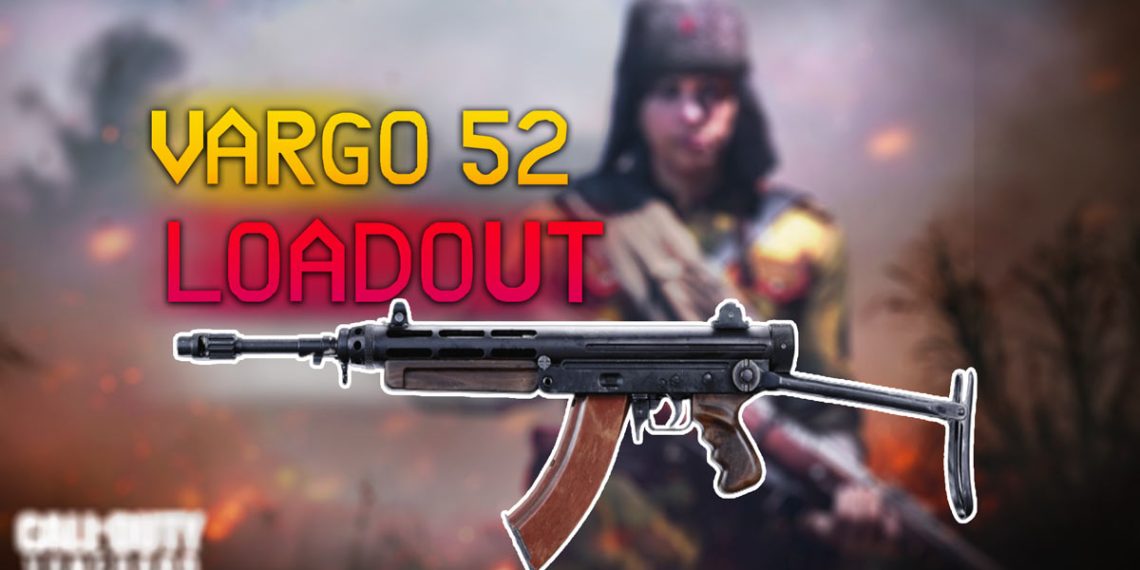 Vargo 52, a weapon that in the real-life named VAHAN, is the Vanguard season 3 gift for the players, but this time as a BOCW weapon, not a WW2 weapon. So we have a brand new assault rifle that stands among the most powerful rifles, like his old bigger brothers Xm4 and AK-47 BOCW. Fast, powerful, and functional; let’s make it even better with our custom best Vargo 52 Loadout in warzone and rebirth.

Vargo 52 is a Soviet/American weapon designed and used after WW2; this weapon is mostly known as VAHAN in real life. This weapon is not a heavy gun and can even be used alongside a sniper rifle. Good fire Damage alongside good mobility is two bold features of this weapon that made that one of the most popular Assault rifles in the Pacific Caldera.

We tried to make this weapon faster and more potent while choosing the attachments, so you would actually carry a killing machine and run around with a beast that we call Vargo 52.

In the table below you can see the best class for Vargo 52 rifles that you can use in Call of Duty: Warzone and Vanguard.

Sound suppression is the first reason for choosing this muzzle; next than other features of that like reducing vertical recoil, improving bullet velocity, and effective damage range are impressing and making us choose this muzzle.

this barrel also would improve bullet velocity, which is helpful for far-range conflicts; it also reduces horizontal and vertical recoil alongside improving damage range.

just an optic with a good zoom level and sight picture.

A famous streamer called JGOD has also introduced the weapon (Vargo 52) NO-recoil, which you can see in the YouTube video of this streamer.

You can also use the Vargo 52 weapon as a sniper rifle.
We have also written the best Vargo 52 class for you as a sniper.

as we before experienced FFAR-1 and GRAU, I can say this weapon actually feels like that and is a light assault rifle that you can use for both close-range and far-range battles. This weapon is not such a big size, and this cause that you can quickly move with that while it is more powerful than an SMG rifle. But mostly, people prefer to use assault rifles for mid and far-range battles, and fortunately, this gun is great for that sort of usage.

Here you can see the best Perk Vargo 52 weapon blades that you can use in the Pacific.

recharge lethal and tactical over 50 seconds.

see enemy equipment field upgrades behind the walls. Also, you can hack them and mark them for your teammates.

in the first look, this weapon really is similar to the GRAV weapon, and also has some similarities in function with that, FFAR1 and Xm4 are other weapons that you can use instead of the Vargo, and among MW weapons, I can suggest GRAU that like the Vargo is great for any kind of battle. Among Vanguard guns, this weapon alternative is the AS44; both have similarities in design and function with Vargo.

How can I unlock Vargo 52 in Warzone Pacific?

To unlock the Vargo 52 weapon, you must have more than 1000 damage in 15 matches with the AR weapon.

What are the best Vargo 52 attachments?

Is Vargo 52 a good weapon in Warzone?

This weapon has special features; the most important feature is its powerful bullets with a great velocity that bring really incredible TTK. So alongside its power, this gun is not so heavy, and it’s another reason this weapon has a place in your loadout.