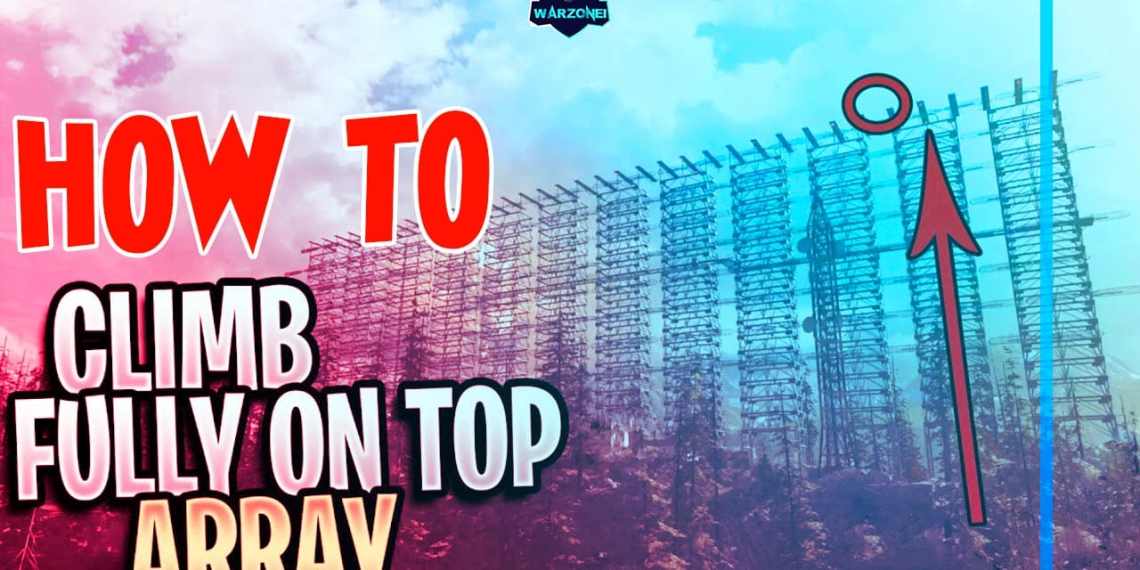 One of the new locations in Warzone, arriving with the Season 3 update and Verdansk 84 map, is the Array, which gives players a high vantage point over the map. It’s actually possible to climb to the top, with some careful movement.

Verdansk ’84 has made a few key differences that have helped it stand out over its previous form that is gone forever. Aside from Standoff, Summit, and other locations, Verdansk ’84 also has Array towering over the map.

The enormous Array is viewable from every corner of the map and it’s an incredible landmark in Verdansk ’84. However, it’s a landmark no more as players can actually grab some gear, and climb to the top of it.

Verdansk 84, as the name implies, has taken the fictional city of Verdansk (based on real-life Donetsk, Ukraine) back to the 80s.

Part of these new Warzone map changes is the Array location, which in the previous map was an unnamed POI. Added now is a massive grid, and it’s possible to get to the very top, giving incredible views of the map.

As the spot is perfect for some sniper action, players have been trying to get as high as possible, but it’s not straightforward.

How to climb Warzone Radar Tower

Thankfully, YouTube content creator Thats_Frosty quickly found the quickest and safest way to the top, although it might require some failed attempts to get it right.

You can use the rappel to reach the normal level where players are intended to reach, but after this, it becomes just a bit riskier.

You’ll need to hop the fence, and then use the mantle mechanic to scale the cross beams inside the grid itself.

As Thats_Frosty explains, you’ll need to stand at around the midway point of each beam, to ensure you don’t miss the mantle and get sent parachuting back to the bottom.

You’ll also need to get somewhat lucky to ensure no one sees you making the climb, as you have no cover whatsoever and will be a sitting duck for enemy fire.