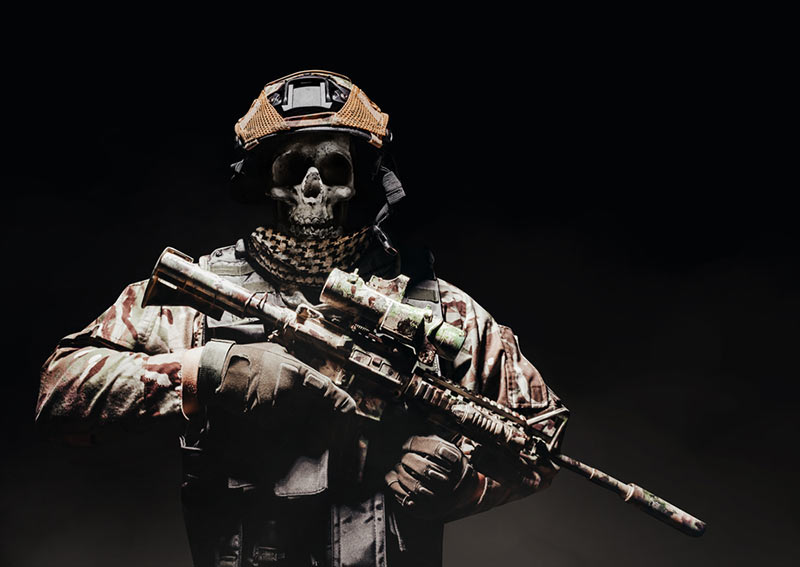 It is the spooky time of the year once again and Call of Duty (COD) is bringing back The Haunting to Warzone. This year introduces a new operator, new skins based on iconic characters, and a time-exclusive game mode. The Haunting event will be similar to last year’s event with a set of challenges and a human-vs-monster-themed game mode.

This year’s new The Haunting Event introduces the Ghosts of Verdansk game mode which turns players into ghosts upon their first death rather than get sent to the Gulag. The new operator is Ghostface from the 1996 movie, Scream. He is a new operator with his own set of animations and voice lines but the others are skins for existing operators:

Each of the new skin comes with new finishing moves and weapon cosmetics. Don your favourite bundle and have a great time in the warzone. You can play this with friends or strangers, along with other online games like crazy time. Here is everything you need to know about the Ghosts of Verdansk event.

The new game mode works similarly to last year’s The Haunting of Verdansk. This time, every player has to fight against both humans and ghosts as they try to be the last team standing. As mentioned before, soldiers who died turn into ghosts who play with a different set of rules.

Ghosts can’t wield weapons but they gain supernatural powers such as leaping at a great length and teleporting. They also become a bit more resistant than regular soldiers but they still die from getting shot or hit by a vehicle. You are only out of the game once you die as a ghost.

Unlike humans, ghosts can’t hurt each other. Their only goal in the game is to eliminate the remaining soldiers. They are terrifying in a 1v1 encounter so every soldier is encouraged to stick with teammates and cover each other’s rear. Ghosts have the ability to mark a human target then use Spectral Blast, an area-of-effect ability that disables afflicted vehicles and slows down operators.

Operators also have to worry about a new mechanic called ‘Fear’. It is displayed as a skull with a green to red metre at the bottom left of the screen. Your operator will start seeing hallucinations once it reaches 50%. Such hallucinations vary from jumpscares to vision obstruction so it’s best that you keep it to a minimum. The effects of the 100% Fear are left a secret by the developers so you just have to play and see.

Fear rises when you get hit by an attack or when an enemy is gaining killstreaks near you. Staying in a safe zone also accumulates Fear so camping is discouraged. Seeing the ghosts also raise the metre and seeing multiple of them stacks effects. The only ways to lower the metre involves reviving teammates or eliminating an enemy operator or ghost. Completing contracts also helps a lot.

The game mode comes with a Sacred Ground mechanic. It appears randomly as a circle on the ground with glowing edges. It lowers Fear and keeps ghosts away. You can shoot them from inside the Sacred Ground but they can destroy it so you have to act fast.

The Ghosts of Verdansk event is live simultaneously for both Warzone and Black Ops. Some bundles in Warzone are only exclusive for a time for people who have Black Ops-imported operators like Weaver. Other than that, everything that is part of the event is available for free players. Take on the Ghosts of Verdansk and have a good time with the new Ghost Face operator and operator skins. This, alongside other online games like crazy time, promises players an exciting gaming experience.