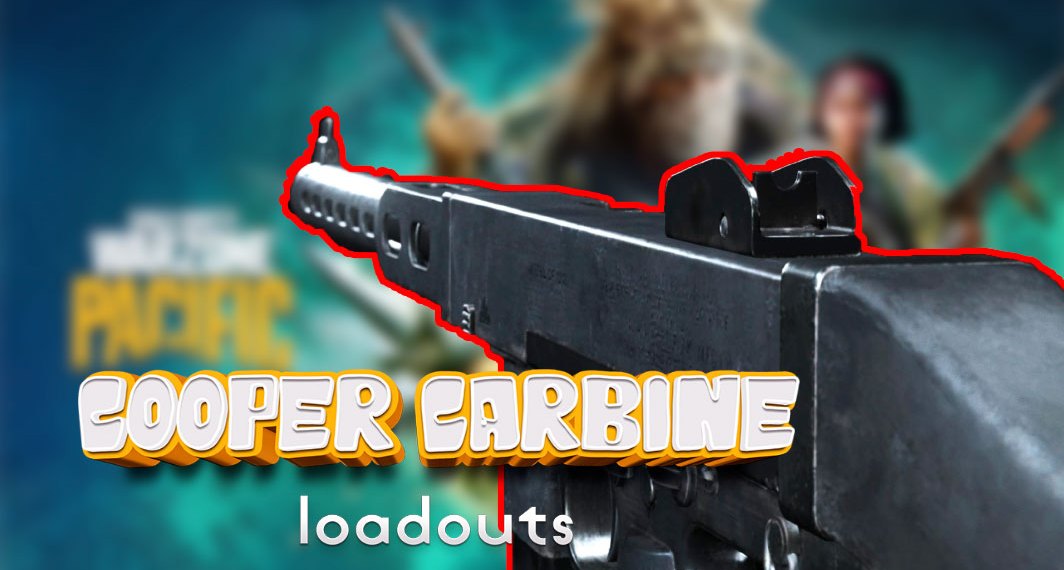 Light assault rifles were always top of the usage list in FPS games because they function in every kind of battle. Such as Warzone Cooper Carbine weapon suited for any type of no matter how they prefer to fight. So get ready for the best Cooper Carbine loadout warzone season 3.

Some AR weapons that are lighter and use lighter bullets have higher mobility and fire rates that suit them, even for sniper players. Cooper Carbine is also a light assault rifle which is great for every kind of battle; even while enemies follow you in a building, this rifle would show a great function. And these awesome abilities exist just because this gun has some excellent features, such as serious damage, high fire rate, unlimited range, and great mobility.

After describing Cooper carbine for you, now it’s your turn to go through the Best Cooper Carbine loadout and analyze each attachment. Alongside that, we also prepared for you some Cooper Carbine alternative weapons and the best perks for using with Cooper Carbin.

This class, which we have prepared for you in the table below, recovers Cooper carbine without you, and you can easily use it in the Pacific to kill your enemies in the Warzone game in season 3 vanguard.
This setup is the best Cooper carbine load available. 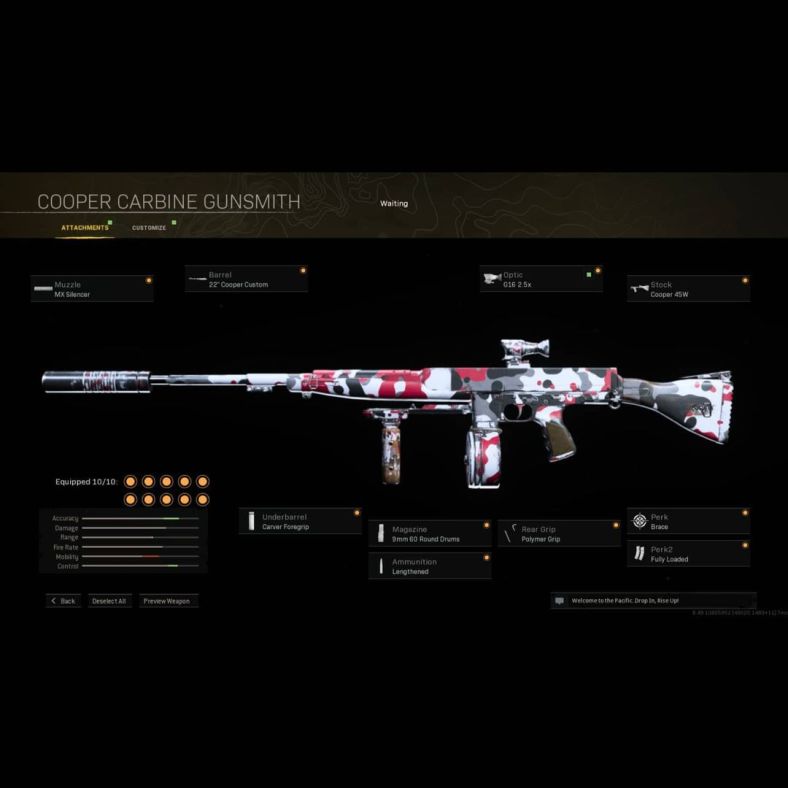 this barrel is the accurate one with the highest control, which reduces scope sway and gun Bob while improving fire rate.

This grip would cause improvement in recoil control and Hip fire accuracy.

alongside increasing in bullets number, with this Mag you experience improving Fire rate, recoil control, accuracy, and Aim down sight speed.

reduce recoil more while you mounted or crouched, improve accuracy and recoil during sustained.

optic selection is completely up to you, but we suggest this because it improves accuracy and weapon control.

this weapon’s first and most magnificent feature is its really great TTK; you can eliminate the enemy before he even breaks your armors. After playing some days with this weapon and the above setup, I can say that this AR is among the best rifles in the Warzone. And this is not only my opinion but also famous streamers even suggest this weapon thanks to its fantastic features. So indeed, it is worth trying and being in your loadout in both Pacific Caldera and Rebirth Island.

For the Call of Duty Vanguard game, we have prepared the best loads for cooper carbine guns.
You can use this class in Vanguard Multiplayer.

This attachment that you can use for Cooper Carbine gun is without recoil.

hide from the enemy’s UAV and Heartbeat sensor

Vanguard rifles are most powerful, and they are not fast like the Cooper Carbine, but some of them can be quick with special attachments; Automaton is a good weapon. Itra brust is also a weapon you can use for close-range and far-range battles, such as Cooper carbine. Among MW and BOCW weapons, I suggest FFAR1, GRAU, and M13 are great and fast.

What is the Best Cooper Carbine close-range loadout?

Is Cooper Carbine good in Warzone?

A weapon with significant features and serious damage that has a really great TTK; you can use that for any range you want, no matter the enemy is close or so far; with the above reasons, why did anyone call the Cooper Carbine bad, or didn’t like that? Cooper is awesome, and yes, indeed, it’s good in Warzone, so use that with our suggested Setup above and enjoy playing.

How to Unlock Cooper carbine?

To unlock the Cooper carbine, you must shoot 15 people in 5 matches with the AR.
I suggest that you participate in multiplayer competitions to release Cooper carbine to get this weapon faster.