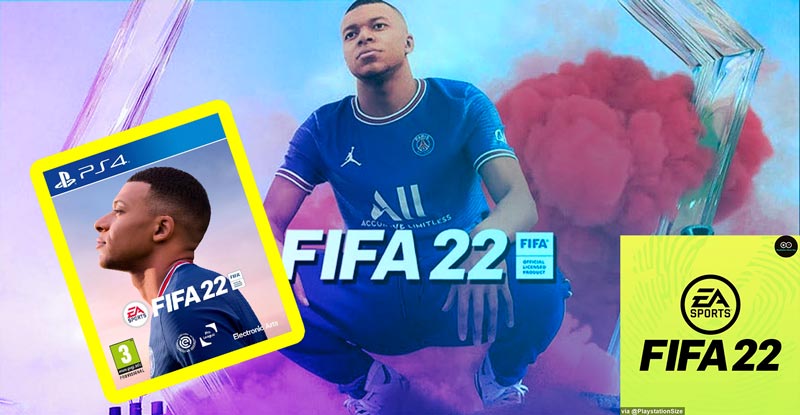 We have upcoming the latest version of the FIFA franchise. FIFA is a real sports game that copying from real soccer sport. Demanding fans exiting for the FIFA 22 title.

Although the coronavirus pandemic caused a delay in last year’s version publishes, we don’t expect this year’s version to experience such a delay. So it’s time to look at this game’s features.

FIFA 22 lunch is close, and this caused so many questions for fans. Like launch date, platforms, price, and more details. So many players waiting for a beta version like its competitor PES22 that started a closed test (read eFootball pes 22 articles for more info). Here, we prepared most of these question’s answers for you.

For most of the past few years, the FIFA franchise was released in late September, but they pushed it back to early October.

This year probably we haven’t delay like the previous version. And the FIFA 22 will be published in the last week of September or the first week of October. It was the release date of this franchise title from FIFA 2003 up to now. FIFA 22 would be launch on October 1, and it would be available on September 27 for those who pre-purchased the FIFA 22.

up to now, some platforms have been confirmed by the developer that FIFA 22 would publish on them. Leading platforms include Microsoft windows platforms (PC and maybe steam deck), PS4/ ps5 ,Xbox One, and Xbox series s/x. Also, the Nintendo Switch is among the FIFA 22 platforms.

Perhaps the Google Stadia is on the list also. This console was developed in 2019, it hasn’t experienced FIFA 2020, but the 2021 title of the FIFA franchise was published for this console, so probably the 2022 version be available this year.

FIFA 22 download will be through the official stores, and right now, pre-ordering is available there.

while you want to run FIFA 22 on any platform, you need around 50 Gb free size for installing the game. This size is confirmed by the Steam website and  EA studio. And for the beta version, you need 32 Gb space for initialization. You can pre-order and download FIFA 22 in Steam or official platforms stores.

this year also we have two versions of the FIFA 22 franchise. The Ultimate and standard edition has different prices on which platform. The Game price in the US is $59.99 and in the UK price is £59.99. also, there is more different for various versions

Google stadia’s price still didn’t confirm, but it wouldn’t have been much different.

And for the Nintendo switch, they just confirmed the standard edition that costs £44.99 / $49.99; probably this platform hasn’t any ultimate edition this year.

Other benefits of pre-ordering the game that the developer considered for fans like some additional teams and players. It would bring some extra content for you also. Also, the ultimate edition is available to pre-order now.

like every year, EA would improve visual content and graphic. Every year it’s like a competition between PES and FIFA titles to provide a better experience for demanding fans. This year, thanks to platforms newer generation and more powerful consoles, we would experience better gameplay and graphics.

As we saw in the officially released trailer, the game would significantly improve in many aspects. Smoother gameplay, better graphics, and improved faces are some of them.

VAR introduction is the most massive change in the new football era. Players expect this feature in sport video games to improve the gameplay and bring them closer to real experience.

But VAR wasn’t a feature in FIFA 21, and probably it would continue in FIFA 22.

It’s available from August 12, 2021, at 7pm UK until September 2, 2021, at 7pm UK for some selected players in UK and US  to experience the new game modes like FIFA Ultimate Team, VOLTA Football, Career Mode, and Kick-off. Closed beta platforms are just PlayStation 4 and 5, Xbox One, and Xbox series s/x.

FIFA 22 beta just has a handful of teams, and it’s mostly about teams that deal with EA company. So don’t expect that every feature of the original title is in the beta version. There is just a limited number of teams and leagues and all about the new game modes.

Below list is the name of the teams that exist in the beta version.

it’s the FIFA 22 system requirements here that are confirmed on the official steam website.

FIFA 22 would contain how many leagues?

FIFA title turns bigger more and more every year. EA tries to simulate all teams around the world and contain every league. So for this year’s title, we probably have more than 30 leagues and above 720 playable teams.

from July 11, you can buy the FIFA 22 as pre order that contains 20% off. And on October 1, while the game officially releases, you can buy that but not as the pre-order, and it hasn’t any offer.

Is it worth pre-order FIFA22?

Pre-ordering would give you some advantages such as 20% off, exclusives stuff such as teams and players that are only available for those who pre-ordered the game. It depends on your choice, but if you are a FIFA franchise fan and want to buy the game after the official launch, it’s better to pre-order it before October 1.