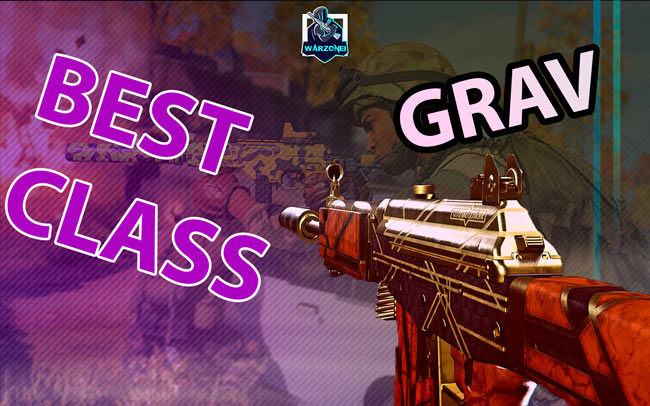 How to unlock Rick Grimes bundle in fortnite

The new season arrives and brings new weapons into the game again; another powerful assault rifle is in Verdansk now, Grav is ready to play, and here we have prepared all information and best loadout for you.

Black ops cold war tries to show off and do its best performance in the last season of its presence in Warzone, Activision game again hosting a new Rifle. Grav is in the verdansk and BOCW, an assault rifle whose strength is its powerful bullets and high fire rate alongside really insignificant recoil. Because of its unique features, this weapon can support both close and far ranges with different setups, it’s now the meta gun, and most players are using the Grav weapon in warzone right now.

Grav is a meta gun, so firstly, for using that, you should thoroughly know its strength and weaknesses, and then after upgrading the weapon with a good Grav Setup, you can enjoy these gun benefits. If you need a guide for upgrading weapons in Warzone faster, read our Warzone Faster weapons upgrade article.

Stay with us and read more about GRAV BEST LOADOUT.

how to unlock warzone Grav

this gun has used for both close and far ranges, so here we will introduce both setups for this gun right here.

the first setup is the JGOD setup that is using for sniper support; this Grav Setup is good for close and mid-range conflicts

the regular suppressor is good too, but that’s would only affect mobility and weapon control

this grip mainly focused on recoil reduction. This under-barrel reduced both vertical and horizontal Recoils, and also it would affect positively on weapon Accuracy.

this mag has enough bullets, and the reason why we don’t suggest fast mags is that they would decrease Aim down sight speed

this is a good optic for mid/close-range weapons.

second setup also Belongs to JGOD and but this one is suited for mid/Far-ranges.

this barrel is a good choice for far ranges. This would improve the Bullet velocity again, reduces the horizontal recoil and vertical recoil. This barrel also would increase effective damage range and weapon damage.

this under the barrel is the most effective Grip; it’s the best choice that would have a good effect on weapon recoil on both sides and increase the gun accuracy.

good scope with a 3x zoom level is a wise choice for a far-range weapon.

You can find and play with this weapon if you even didn’t unlock that yet. Because this gun is fundable even in loot boxes, and while you peak this gun and shoot with that, you can feel its power. This gun has very balanced features that suit it for both close and far conflicts. This gun is one of the most used weapons in Verdansk; suitable ADS, incredible power, and fire rate are the most impressive features of this gun.

movement is the most critical factor in Warzone. This perk would affect tactical sprint time and crouch moving speed.

carry two primary weapons with overkill weapon and then with the following loadout change its useless perk and peak ghost perk for hiding better.

if we just look at BOCW weapons, we can name AK-47(BOCW), FARA, FFAR. And if you looking for MW weapons, there are plenty of weapons with similar functions like GRAV and are fantastic for both close and far conflicts, such as Grau, M13, M4A1.

IS GRAV free in Warzone?

Yes, it's a free weapon, and you don't need to purchase the Battle pass to unlock this weapon. It's a battle pass free reward.

This weapon has the potential to be used for both close and far conflicts. This would double this gun usage; also, this gun is one of the most potent weapons in Warzone and, because of its high firepower, has awesome TTK. so indeed, it's a meta weapon in the warzone.