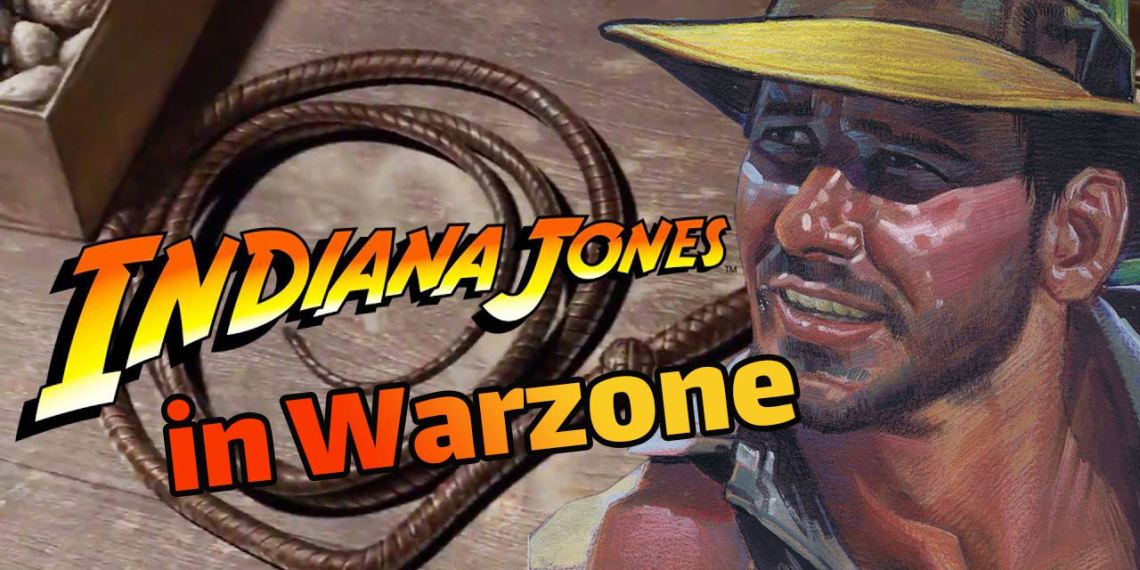 How to Get Captain America bundle in call of duty warzone

How to get Indiana jones bundle in warzone & Vanguard

Vanguard brings more surprise to Warzone, now is Indiana Jones’s turn. Indiana Jones is the newest Call of duty guest, and his journey would continue in Activision titles. The latest Crossover in Warzone, and here is all Warzone Indiana Jones information.

A new company in the warzone, Indiana Jones arrives; another 90s character like Donnie Darko and Ghost face who come into the warzone. But this time, we meet a Docter and adventure known as Dr. Henry Walton and sometimes Indiana Jones. Disney characters who lived around the Vanguard timeline during WW2, like Captain America and Indiana Jones, are New Warzone and Vanguard operators.

Day by day, warzone operators increasing, and Activision now trying to gather more famous characters in the Call of duty title. So it’s time to famous ones increase in Warzone, so Disney characters are here. Indiana Jones is one of the first to find his way into the COD Vanguard alongside Captain America. Here is all information about Indiana Jones in Vanguard and Warzone with a complete how to get Indiana Jones in Warzone guide.

Indiana is a famous character that lived would be exclusive Cod Vanguard, and it would arrive in Warzone while Vanguard takes Warzone control and lead the way; mean December 2. Indiana would step on the ground first time on the Pacific map alongside Captain America. But unfortunately, there is not an exact date for Indiana Jones coming, and all are guesses, according to Tom Henderson leaks.

How to Get Warzone Indiana Jones bundle

It’s Activision policy that doesn’t make famous figures free. You should Pay CP for owning them, and Indiana Jones also is not excluded from the governing rule. So it would come as a Tracer pack bundle which costs 2400 CP and includes different stuff like finishing move and legendary blueprints. Also, you can find Indiana Jones’s specific weapon, a magnum. But sometimes, you face lack of CP because you spent them and haven’t enough CP for purchasing a new bundle. So why you don’t earn free CP? you can find ways for doing that in the HOW TO GET FREE CP WARZONE article.

you can also earn this bundle from Gifting way; one of your friends who has the Warzone or Vanguard and has enough CP can gift the bundle for you, and in the HOW TO GIFT WARZONE BUNDLES article, we prepared a gifting Guide for you.

Famous character skins are among the top money-making ways in Free Video Games such as Warzone and Fortnite. So indeed, it’s not free, and you can get that as 2400 CP; after that, you can use the Indiana jones operator.

There is no official news or announced data about this character’s presence in Warzone. But according to Tom Henderson’s leaked data on tweeter, we expect Indiana Jones and Captain America as two new Warzone operators who arrive with Vanguard with WW2 design.