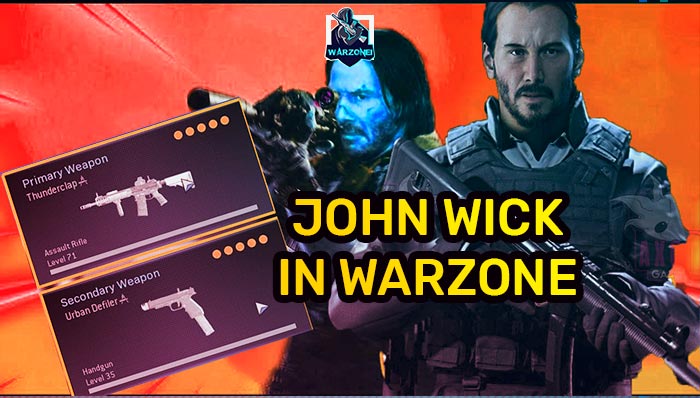 After Rambo and John McClane show up in the warzone, everyone’s eagerness for John wick movie star character shows up in Verdansk.

John wick character, which already has found a way to video games such “Fortnite” and “cyberpunk 2077”, now seems that being in the Verdansk battlefield in the next season of the COD warzone.

So many fans are ready to buy the john wick bundle in the warzone. And guess what? You purchased a bundle and found a little black pencil in that which your character execute other guys with that, and you should upgrade that to see how a pencil kill a man.

Anyway, warzones apostolic players are waiting for this black suit character, and as we have seen, COD players are so excited for characters wearing black, like roze. But steel this character isn’t available in-game and untile then we prepare loadout wich its guns taken from john wick action movies, cause you be able to fight like Keanu Reeves in verdansk 84 exactly.

After offering John wick character in the Warzone, Probably an event will be held for all of the players with a contract like a bounty, hunting the character for cash and rewards.

John wick, in his movies, uses two weapons m4a1 & 1911 handgun which are so famous, we prepared these Keanu’s gun attachments for you.

Write your thoughts about this character in the comments.

what is john wick loadout in warzone ?