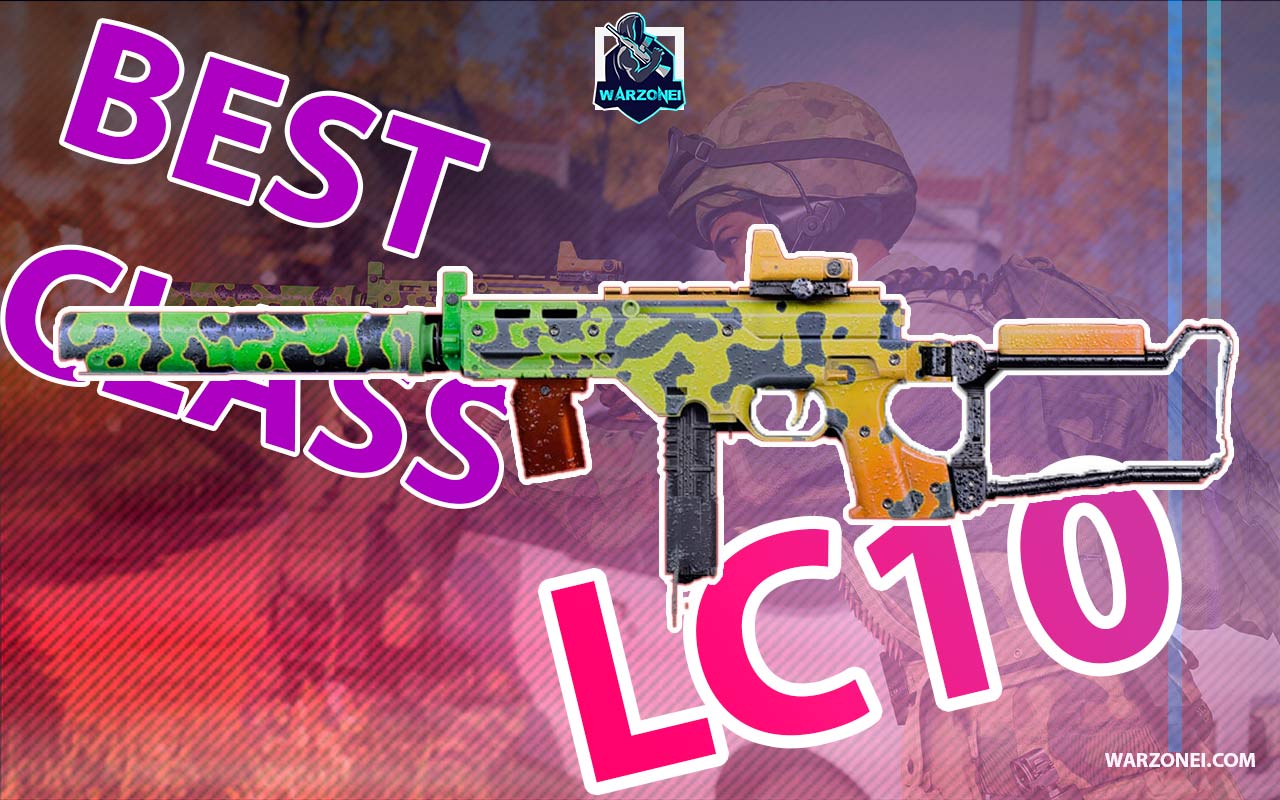 If you can’t get enough of close fights and railing your enemies with bullets, then by now, you’ve probably picked up the LC-10 one or two times. However, the Call of Duty Black Ops Cold War phenomenon had a rough time transitioning into the Call of Duty Warzone. The top-tier short-distance list was already packed with names like the MAC-10.

Be that as it may, the LC10 SMG recently received some love, and we see a bright horizon for the close-quarter punisher.  With slight buffs to the bullet velocity, the potent gun convinced us to create a new best LC10 SMG loadout for your guys to rock and climb the ranked ladder easier.

With that in thoughts, right here’s the best LC10 loadout in Warzone.

How to unlock the LC10 and stas

For an inventory of one of the best attachments for the LC10 in Warzone:

The first part is the Muzzle: there are two choices here, agency suppressor and sound suppressor. We suggest the sound suppressor because this Muzzle improves the Aim down sight speed, bullet velocity, and sprint to fire speed. Also increases the control and Range of your gun. This Muzzle makes your Lc10 quicker and helps you to fasted aiming with your weapon. These are such useful improvements for an SMG gun .in a word, these Muzzle increases essential features of your SMG and makes you quicker. But if you want to use this gun with a sniper gun, it’s better to use the Agency suppressor.

The second attachment is the Barrel:13.9″ task force barrel is a good choice in this part. This barrel increases effective damage range, bullet velocity, and strafe bullet, which all help you to engage and hurt enemies in mid ranges. Also, this barrel improves mobility and damage. Unfortunately, it also increases the recoil of your gun. This gun hasn’t so much recoil, but we will reduce its recoil with stock.

Ammunition is the next attachment: we suggest STANAG 53 Rnd for this CLASS OF LC10 which reduces mobility and Aim down sight speed less than the other Mags.

And then we have Rear grip: increasing Aim down sight speed, flinch resistance, aiming stability, and control is the Strengths of the Airborne Elastic Warp. Of course, this Rear grip also has some negative effects on mobility, but it is not huge.

The last attachment is the STOCK: SAS combat stock; it’s the previous attachment that has some positive effects on firing movement speed, aim walking movement speed, and ADS firing move speed, but this stock reduces hip-fire accuracy, and if I want to say my opinion, all in all, COLD WAR guns are not suitable for hip firing, and it’s better to aim with them before shooting.

My experience with this new LC10 CLASS SETUP

This lc10 setup has amazing effects, especially on mid ranges. This LC10 SETUP  also has an amazing time to kill and shows great performance in close-range battles because of its great mobility. You can easily control this gun with these ATTACHMENTS, and even in close ranges, you don’t feel any recoil. This gun, with these ATTACHMENTS, is one of the best COLD WAR SMGs in the warzone.

Twitch star  ‘NICKMERCS’ Kolcheff has dropped his loadout for Warzone’s new LC10 , and it appears a fairly stable alternative if you wish to rock one thing new.

Right here’s one of the best Perks and Gear on your LC10 loadout:

The superior mobility of the LC10 implies that the easiest approach to play when utilizing the SMG is to get within the face of the opposition and remove them.

Utilise the extra mobility to outplay and outmanoeuvre the passive gamers with ease. Mixed with how efficient the LC10 is at close-quarters, this SMG might nicely be the one to make use of for the foreseeable future.

What is the best lc10 smg loadout?

How to unlock LC10 in Warzone?

get 3 kills without dying in 15 different matches, while using SMGs

There are so many differences between these two SMG, but if I want to say some important differences between them, I can say mac 10 has quicker Aim down sight, and MAC 10 is a faster gun than the lc10. They have almost equal damage and fire rate, but Lc10 shows better performance while you want to shoot enemies in mid ranges. And also, lc10 has fewer recoil than Mac10. If you're going to choose a secondary gun for a sniper, I suggest you lc10 because you can easily engage in mid ranges battels with that. (I spook about those ATTACHMENTS of MAC10 and lc10 which we prepared for you) mac10 setup link