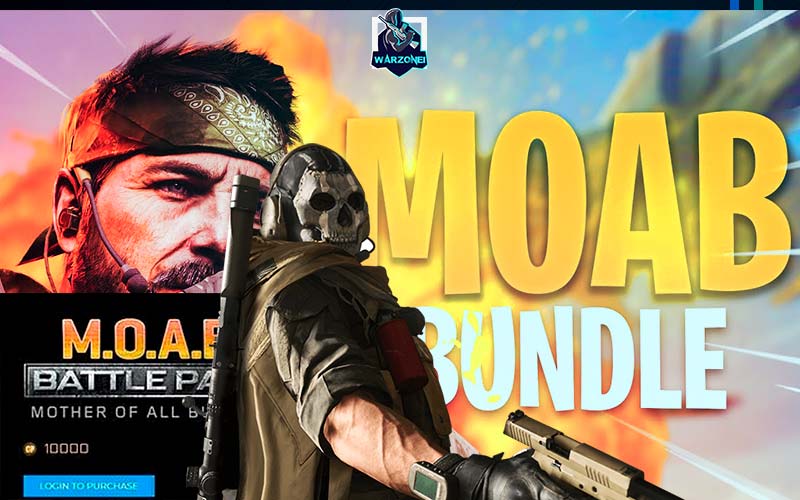 How to get Rambo skin in cod mobile

How can get M.O.A.B battle pass bundle? release date, price

There is a question here that how we can get M.O.A.B bundle? It was believed that Mother Of All Bundles would be on its way to Call of Duty: Warzone, but we do not know what is in the 100$ large bundle, and does it really happen? There were many rumors about the nature of the Call of Duty epic M.O.A.B Battle Pass and the rumor was that the M.O.A.B Battle Pass bundle is the biggest bundle in the history of Call of Duty. There is a one-hundred dollar tag on the M.O.A.B bundle that attracted the attention of people’s minds and made the people wonder what the M.O.A.B bundle has inside. There were hot announcements like Rambo and John McClane appeared as a surprise in Black Ops Cold War and Warzone, and there is a large bundle on the top of the iceberg.

There was a new light shining on the M.O.A.B bundle which indicates that the bundle never will come out. COD Tracker mentions that there is no hope for the M.O.A.B bundle to release. It is a collection of assets that was not used and also was not intended to be shown in the Companion App. We guessed that by the launch of Warzone Season 3 Reloaded and when season 4 started, the M.O.A.B  bundle would have coincided with them. COD Tracker is a trustworthy information source which you can get information about Warzone by using it, so we are not hopeful that the M.O.A.B bundle sees the light of day but maybe in the future it happens.

How can we know about the price of the M.O.A.B bundle?

If you go to the Call of Duty store, you can find the name and the price of the M.O.A.B  bundle. Since the bundle has been released in 2019, it was placed in the Modern Warfare game files. The bundle has two important items: It has 100 Tier Skips and also there is an activation for the Modern Warfare Season One Battle Pass. There are some incomplete bundles which use 10000 COD Points price tag and it is used as a placeholder until the price of the M.O.A.B bundle is found out.

COD Tracker mentions that there is no hope for the M.O.A.B bundle to release.

We’re seeing a lot of speculation surrounding the ~$100 ‘Mother of all Bundles’ that recently surfaced.

Sorry to disappoint, this Bundle has lived in the files since 2019. It contains two items:
• MWS1 Battle Pass Activation
• 100 Tier Skips