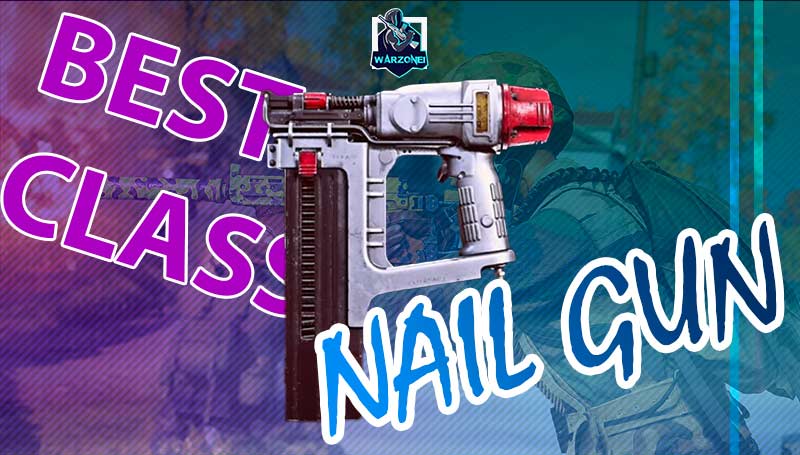 Listen, in today’s article, I have a special one. The best SETUP OF THE NAIL GUN is here

one of the quickest guns which show up in Warzone up to now. The NAIL GUN  surely will be the new meta for close ranges battles. And so many guns like MAC 10 and bullfrog will be retired after the update. As we saw in the season 4 official trailer, the nail gun is a light weapon. According to this, the nail gun will be so quick and has excellent mobility. And this excellent mobility will give you advantages in the battleground and makes you faster, helps to change your position, and shoot from another side every time. Or, when you need to run from the gas or bullets, this excellent mobility will come to help you.

Everyone expecting AMP63 is the new meta but famous last words. And perhaps this gun will be the new meta in the game after the update. And this loadout setup of nail gun will make you a killing Machin; let’s nail the enemies with that.

After the update, we found that the nail gun hasn’t any attachments, and you can just customize that .actually I think it makes sense because which nail gun you see can change its mag or barrel. But also, this gun is one of the best and most powerful guns in Verdansk.

Double time perk makes you quicker even while you crouching; while you are rushing, you should be fast. This speed helps you follow your hunt and run faster than him. Speed gives so many advantages to you.

E.O.D: stun grenades, claymores, proximity mines are just some of the Barriers for a rusher player, but with the E.O.D perk, you don’t need to worry about these things .because this perk reduces the effect of these things.

Overkill: you need 2 weapons, primary for far ranges and secondary for close battles. You can select 2 guns in your loadout with the overkill perk. But as you need to hide from heartbeat sensors and U.A.V, you should buy another loadout and peak ghost perk after the first loadout. It’s the routine of almost 80% of warzone players.

Restock: this perk is suitable for rushers using stun grenades, resupplying their lethal and tactical over 50 seconds in Warzone.

And best way for using that is to find a good gun from loot boxes and peak a weapon from your first loadout. And waiting for the second loadout that drops in the first zone and peaks your second gun then.

difficult choice! If you need to switch your weapons quickly, you should use amped, but if you want to know where your hunt is, where he/she is running, and see his track, you need the tracker perk.

Amped is suitable for snipers, and tracker is good for rusher players.

There are also other choices, and you can change this part as your wish and as you like to play.

How to open the nail gun in Warzone

If you want to nail the other players with the new gun probably, you should first unlock that.

Like other guns that were added in the game in previous seasons, you should do some tasks to complete the challenges and unlock the nail gun.

we guess it will be an S.M.G. and suitable for close ranges; in that case, the NAIL GUN will be the new Competitor of the MAC10, LC10. And if this gun shows excellent accuracy in hip firing, it also will challenge the MP5(MODERN WARFARE).

how to get nail gun in warzone?