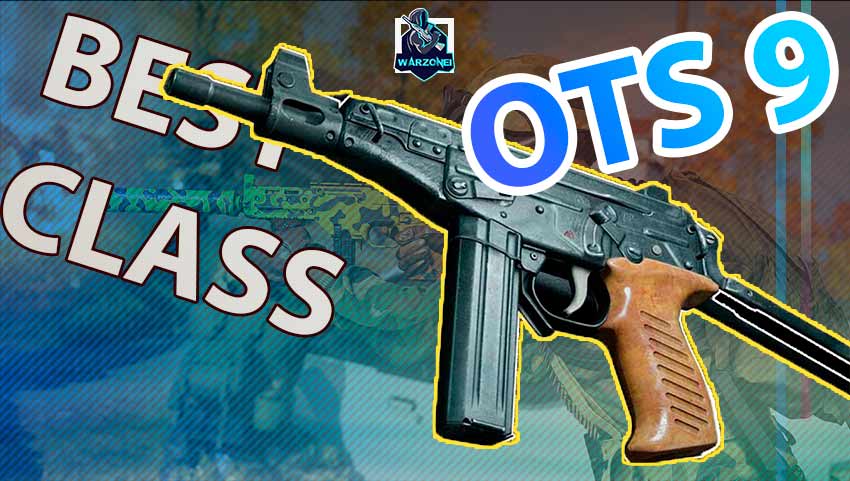 Good news for rushers. As we expect, OTS9 will show up in the Verdansk 84 with the mid-season four update.  It appears that now MP5 (BOCW) has a new opponent, and the golden age of Mp5 is almost done.

Tremendous firepower gives this gun incredible TTK, a thin body that provides us with more visibility while aiming, a handsome iron sight. Its individual fire rate makes this gun the best SMG for close ranges. If we also want to consider its weaknesses, its small magazine containing 20 bullets is the biggest problem. This number is not enough for such guns that have an acceptable fire rate.

While we were analyzing the details of this gun, we found out its similarity with the Bullfrog. Almost same fire rate, same firepower. But they have some mobility differences, which makes OTS9 better than its older generation(Bullfrog). But on the other hand, when we are talking about ammunition, the magazine size bullfrog will take advantage. I just can’t stop imagining that this gun with stopping power will be such a beast.

Before this gun, we saw the Nail gun, which found its way to the Verdansk.  But the nail gun, although its strong nails, couldn’t be a severe competitor for other beloved SMGs. But now the Raven found that the players like which kind of SMG guns. And so soon, this gun will be the new Meta in the warzone.

But you need first to unlock this incredible weapon

HOW TO UNLOCK OTS9 in warzone & cold war ?

what is best Ots9 loadout class in warzone ?

your answer is here

JGOD, one of the best players of warzone, unveiled his new Ots9 loadout

what is Best perks for OTS9 ?

Rusher players mostly play with SMG guns, and for this kind of player, speed always wins. So this perk will be so helpful for them that it also increases the tactical sprint time and crouch movement speed.

If you use some tactical like the stun grenade, indeed, the Restock is the wise choice for you. But if you don’t use that, it’s better to use the high alert perk while rushing or moving in an open field area be a notice from enemies aim and hide from them.

Tracker makes your job easier for following the enemies, especially while you have broken them and they try to run. You can do this by their walking sound, and if you can do that. The wise choice is the Amped to have more speed while switching guns or equipment. It’s also so valid for rusher players.

The thermite is so good, especially when you are running out of mags and need to reload, but enemies appear. And the C4 is still the best choice for destroying the vehicles.

Such gun mobility is rare between all guns; however, this gun still has some severe opponents. For instance, MP5(BOCW), Mac10, LC10 are some of them. But if you still didn’t unlock this gun and need an SMG with the most similarity in details, you should use Bullfrog, the old generation of the OTS9.

what is best ots9 loadout ?