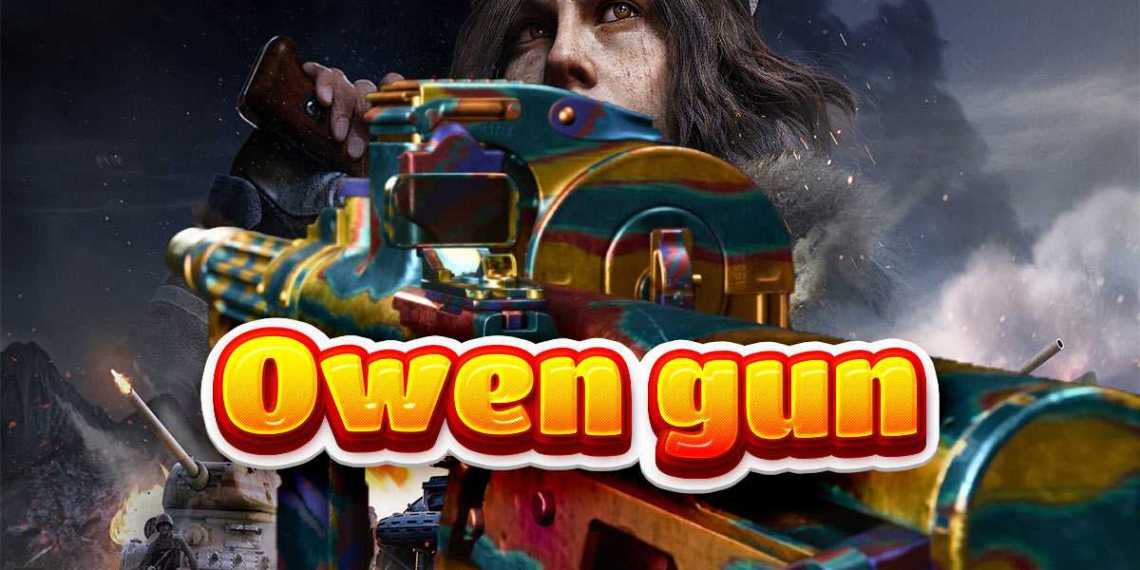 Some weapons are consistent and powerful enough to be chosen even with Streamers and famous Warzone players. Owen gun is one of these weapons in SMG type that even Aydan use that and suggest that, stay with us and read more about Owen gun Best loadout.

WW2 weapons which vanguard brought them into the Warzone for being in Pacific Caldera fight; some times their wired design and in the first look may seems weak. Such as the Owen gun with its Australian WWII design and tiny body, which seems in the first look has lack power and is useful.

But these opinions did not last long, and players find that they shouldn’t judge this weapon by its cover. After this weapon proves itself to the players, it finds a place in streamers and pro players’ hands. We analyze this SMG function and find that it is also worth having a place in your hands. so today, we prepared the best Owen gun attachments for you.

this weapon really needs some additional fire rate, and this muzzle would do that for us.

We suggest this barrel because it has the least damage fall off at long range, and it has the most bullet velocity and increases Limb Damage.

this optic is the thinnest one with small sight and precision sight pictures.

we chose this stock because it would affect mobility and movement speed in the best way. Also, it would improve Aim down sight speed, sprint to fire speed, and Aim walking movement speed.

this mag, while having the highest bullet number capacity, also increases fire rate and accuracy and improves weapon recoil control.

using this SMG makes you feel faster than before because its high mobility is very helpful. This weapon damage also is good, and you can use it also as your secondary gun with a sniper because it has excellent TTK and damage range. Its good amount of ammo also makes you sure about ammunition even while you rush into a whole squad. All in all, this weapon is good, and the only lack of that is its fire rate and heavy shoots that are not so bad after all.

carry another primary weapon for long-range conflicts and then change that with Restock for recharging Lethal and Tactical.

enemies leave a footprint behind and let you follow and hunt them easier.

if you looking for other SMG guns that be powerful, like Owen gun, I can suggest MP-40, which is really potent; the second replacement also can be PPSH41, which is also a good weapon with high mobility. Older SMG weapons such as OTS-9 from BOCW and MP5 MW are still good, and you can use them instead of the Owen gun.

Owen gun is a good weapon in Warzone?

Owen gun has significant features like serious damage and high damage range. This SMG works great alongside a sniper rifle or assault rifle for close and mid-range battles. This weapon, great TTK, makes that one of the best guns in Warzone, and most Youtuber and streamers also use this weapon.

What are the Owen gun’s best attachments?