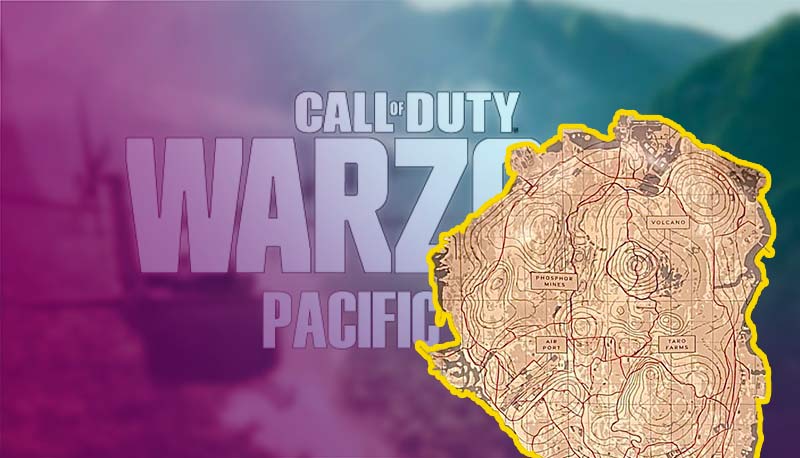 Cod Vanguard getting closer to the warzone for making considerable changes in the Activision game and surprising players again with different stuff like new guns and the new map. Pacific map coming to the Warzone with vanguard, and here is fresh news of this map.

Call of Duty vanguard is the newest title of Activision company; this game would continue the path of Modern Warfare and BOCW and rule in the Warzone this year. Vanguard attracted many players with its stunning performance in the Beta version. Most of the players who tried Beta Vanguard are actually satisfied and believe that Vanguard would again bring back the golden age of Warzone. And Activision almost confirmed that by publishing news about a new Anti-cheat system that will disturb hacker and cheaters  Sovereignty and makes the game again fair enough to players who enjoy playing Warzone.

Among this news and leaked data, also we found interesting things about New map called “PACIFIC” in Warzone. This means that we should be Witnesses of Verdansk destruction and expect a new map and interesting fresh locations for looting and fighting. New experiences would be in the Warzone with New warzone Pacific map. So it’s the last days of Verdansk life, and we should now get familiar with the Pacific. Read more about every available information on the Pacific map below. 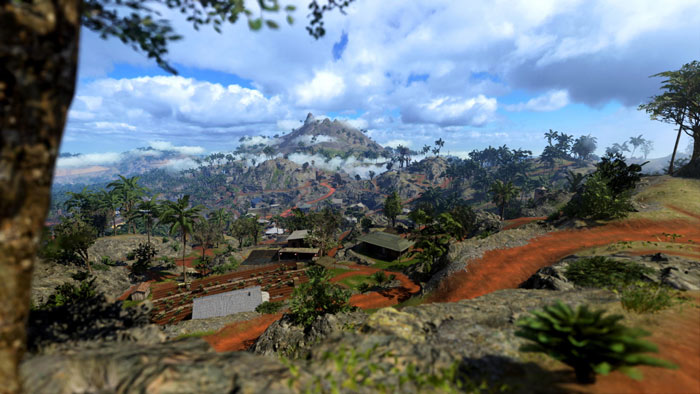 Warzone’s new map would find its way to Warzone through the Cod Vanguard. So we should expect Vanguard’s official release first with the end of BOCW season 6. With a new event, both Vanguard and Pacific map caldera would arrive. But the Pacific map firstly has an early access release on December 2nd for Vanguard players, and then on December 3nd, all Warzone players would have access to Pacific map caldera.

Read More: How to Get Call of Duty: Vanguard and Download

All we know about Warzone Pacific

while you look at the Pacific map picture, you quickly notice that the map isn’t a tiny map like the Rebirth Island map. It seems that this map has the same size as Verdansk; maybe there be a slight difference in size between them, but surely the Pacific would get bigger with multiple updates, and new locations would add to this map.

pacific is an Island developed by Raven Software in conjunction with the partnership of Sledgehammer games. This map has more jungles and woods than Verdansk, and it looks greener than the Verdansk. It’s excellent Camouflage. This map would have new vehicles with new features like old planes. This map mainly has WW2 mood, and most of the places and details belong to WWII time. Also, news announced that this map would have better design and physics with destructible environments, which is a huge change and a significant step forward. New Anti-cheat is another feature of this map that would stop this mess and stop cheaters in the warzone. Vanguard weapons belong to WW2, and probably we should expect that almost all of the players will use these weapons soon.

there are no exact information and names about the Pacific locations, and all information exists from leaked data. Here are some of these locations names:

There is some factual information about the new map of Warzone game modes. The Pacific map would have two battle royal modes; here, all players can choose to use just Vanguard weapons that are all from WW2 or use all of the guns from third titles(MW, BOCW, Vanguard).modes would also have different names, and each one would have its specific Scoreboard, these modes would be called:

Is this Call of Duty warzone pacific map free?

When the Pacific map would be launched?

Verdansk's destruction would begin in the latest November days, and this memorable map would give way to the Pacific. Pacific map would arrive in the first days of December for both Vanguard and Warzone.

There is no official information, and it's just about a map picture and leaked data, but this map almost has the exact size of Verdansk, and it's suited for 150 players. This map also has almost the same number of locations that Verdansk has.

Can we use BOCW and MW weapons in the Warzone PACIFIC map?