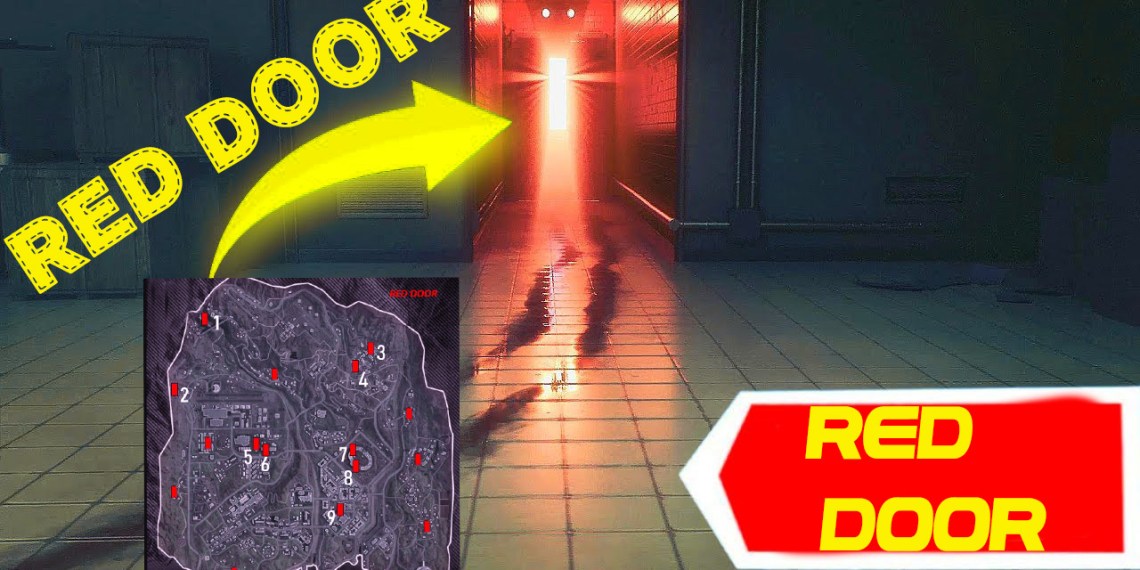 What are the red doors? Raven tries to bring something new in the Verdansk every season. And as you remember the previous seasons, we witness so many things like the ship, zombies, downtown central tower, and the subways. However, in this season, we should deal with the red doors. Before update launches, there were so many rumors about these doors. And we spoke about that already in the SEASON 4 PATCH NOTES. These red doors are the developed version of the bunkers, you can found loot boxes in them, and at the same time, you can use them for fast travel in the verdansk 84.

HOW THE RED DOORS WORKS

Players believe that the red doors don’t exist in every match in the Verdansk, and it’s just lucky. Also, players reported that while one player opens a red door and enters that, it would be closed for every other player.

Players collected that places accidentally red doors appeared, and we also prepared them for you.

Here is the red door’s location in the below map

Still exist so many other palaces which red doors spawned already like Lumber, North of ATC, military base, above bunker 0, promenade East, school ( west of the storage town), farmland, junkyard, which we marked them on the map.

Also, there is no grant to red doors spawn every time in each location and the same place, and finding them is on lucky, and doors will not be there every round.

WHAT IS INSIDE THE RED DOORS

In that places which the red doors are teleporting you, you can find legendary chests and many valuable things. These places are similar to BUNKERS

Anyway, let’s see what we can find in these places: