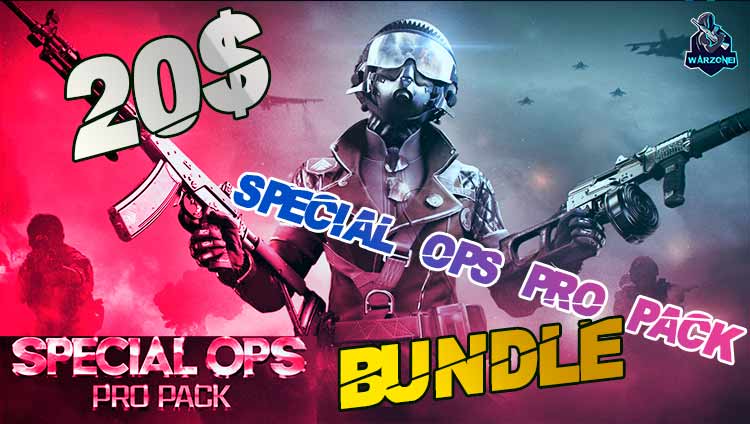 Special Ops Pro Pack :The Pro Pack is Back in Black bundle

Special Ops Pro Pack: The Pro Pack is Back in Black is coming to cold war and Warzone for 19.99$ on 22th July in the Season 4 Reloaded update.

loadouts ready for take off with the new Special Ops: Pro Pack, a six-item bundle

When is the release date of Special Ops Pro Pack ?

The season four Mid-season update, becoming more and more attractive every day. Today I got a news flash for you.

The special pack, which is the next biggest case after the MID SEASON NERF AND BUFF, will be released  ( 22 july )

Because the players yearn for the new operator of the special pack, known as the SECOND VERSION OF ROZE for reasons such as the BLACK SUIT and great function in Camouflage with dark places like the old days of the ROZE.

Special Ops Pro Pack: The Pro Pack is Back in Black Item

How to get Lazar Operator Bundle in warzone & cold war