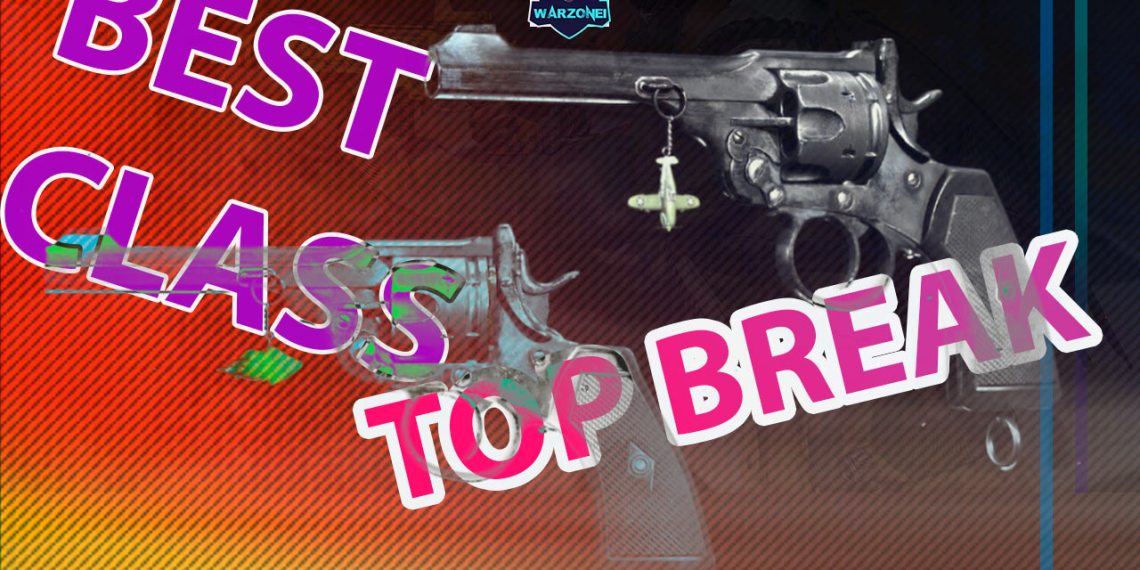 How to GET Arctic Roar Bundle in VANGUARD & Warzone

Top break pistol is a massive Vanguard pistol suggested even by Faze clan members such as Swagg faze. This WW2 pistol is incredibly powerful, and we gonna make this even more powerful with its best attachments and Akimbo perk. So let’s go through the best Top brake setup and analyze this weapon in different aspects.

Pistols are a good choice, especially for end game loadout, or sometimes that you need to choose a perk except for Overkill such as ghost or restock. So you need a powerful one with massive bullets to eliminate enemies easily. Most pistols have adequate power while using the Akimbo perk. But that’s doesn’t mean that every pistol is good.

We have a special one now for you: an overpowered pistol that really executes enemies, Top break. This pistol became popular after Faze Swagg used that and made a victory in Pacific Caldera. Many players hang off automatic pistols and give a chance to the Top break for being their secondary weapon in Pacific Caldera.

improving in accuracy and damage range.

high damage range and improvement in Bullet penetration and bullet velocity are these barrel Pros.

holds a weapon in each hand.

I tried most of the Warzone pistols, and it was the first time I faced such incredible power that caused a really great TTK that shocked me. It was the first reason that I suggested this pistol to you.

Second, then, Top break even while you use Akimbo perk that cause to carry two pistols with your hands is really light and has great mobility that let you move faster and jump, crouch or slide faster than before.

increases during the tactical sprint and improves crouch movement speed.

hides you from the UAV and heartbeat sensor.

enemies leave a footprint trail behind that you can see.

Machin pistol is a great choice because it’s akimbo has awesome power next then; the Ratt also is a good pistol that belongs to the COD vanguard and has sufficient power and fire rate. Among BOCW and MW pistols, I recommend Sykov, an automatic pistol, and Diamatti because of its brush fire and powerful bullets.

What are the best Top break attachments?

is the Vanguard top break a good weapon?

The top break is a powerful pistol that famous streamers such as faze Swagg use and recommend; this weapon has an incredible TTK and mobility that attract you even the first time you use that. We prepared this pistol best loadout in BEST TOP BREAK LOADOUT ARTICLE, read and use the top break with its best setup that we posted on the website.