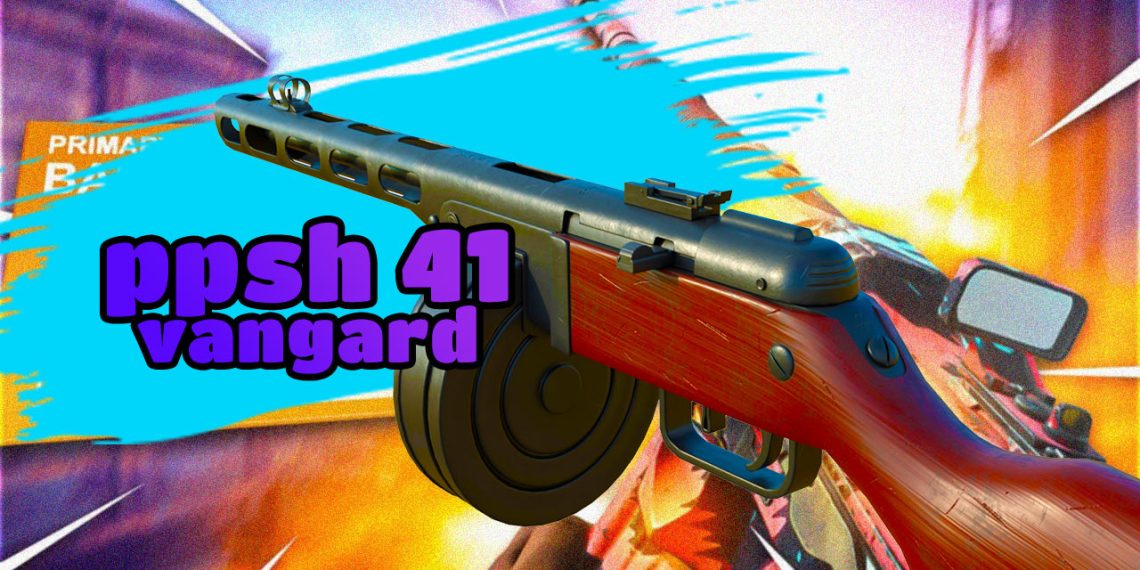 PPsh-41 is one of Vanguard’s gifts that came from WW2 is one of the best Warzone Pacific SMG guns, even in the shape of the ground loot setup. This weapon has the actual capacity for eliminating a complete squad, and now, with our suggested PPsh-41 loadout that is selected by analyzing every attachment, you can play with the best Warzone SMG. Read more for the best PPSH-41 attachments.

SMG weapons are the fastest type of weapons in Warzone SMG guns are a good choice for close range and building conflicts. More rapid jump shoot and drop shoots are one of this weapon’s high mobility gifts. Some people are also looking after high ADS time and good Hip fire accuracy because these weapons have the capacity to be alongside a Sniper or be a secondary gun; at the same time, your primary one is an assault rifle.

PPSH-41 is a weapon that can play both named roles, but as the Hip fire, loadouts are really rare, and on the other hand, players really want that type of weapon setup; because this type of loadouts makes you freer in movement while shooting. Here we suggest the best PPSH-41 setup prioritizes Hip fire and mobility for you.

What are the Best PPSH-41 attachments?

this attachment would make your shoots silent, and it’s beneficial in Pacific Caldera. The Oil can also cause improvement in Accuracy that is really good.

these bullets are really accurate, and they have really lesser recoil. They also are lighter and make movement speed faster alongside improving fire rate.

This grip would also work like the weapon under barrel and improve the gun’s hip-fire accuracy and recoil control.

if it’s a question for you, why should we use an optic with a high zoom level on an SMG that we would use for Hip firing? It is here because this optic would really improve the weapon’s accuracy and compact scope alongside reducing the weapon’s recoil.

PPSH-41 is a robust SMG gun with an excellent fire rate; the above setup would Strengthen this gun’s accuracy and mobility. Its function would really recall the old days of MP5(MW) in Verdansk. Accurate hipe fire shoots are really unique and powerful; this setup also would helpful because it let you quickly jump and run around while shooting.

I know that I recommended this one in most articles, but believe me, like shooting and aiming is important in Warzone, speed and mobility are essential too. This perk also would affect tactical sprint time and crouching move speed.

First, use overkill for carrying two primary weapons, and next, change that in the following loadout with the high alert for notifying while enemies are looking or aiming at you.

Switching weapons faster is a good advantage when you run out of ammo or hunt another enemy with your other gun.

the main competitor for this gun with accurate Hip firing is MP5(MW). Other SMG guns with similar power fire and fire rate and good mobility, such as MP-40 and type 100, can be used instead of PPSH-41, but this weapon with such hip-fire accuracy is unique among Vanguard weapons.

how to make PPSH-41 over powred?

If you look after ways that make vanguard weapons over powred and fast enough that the enemy couldn’t see you, you should focus on the weapon’s mobility. Above we prepared a setup of PPSH-41 for you that is really insane and fast. that setup is suited for hip firing and jumping while shooting. You can find the setup in our best PPSH-41 loadout article.

This SMG has the best SMG features, such as high mobility and high fire rate. It also has a really good TTK that makes it really a killing machine. So indeed, it’s a good weapon in warzone and Vanguard, and it’s among the best SMG guns in Warzone pacific.