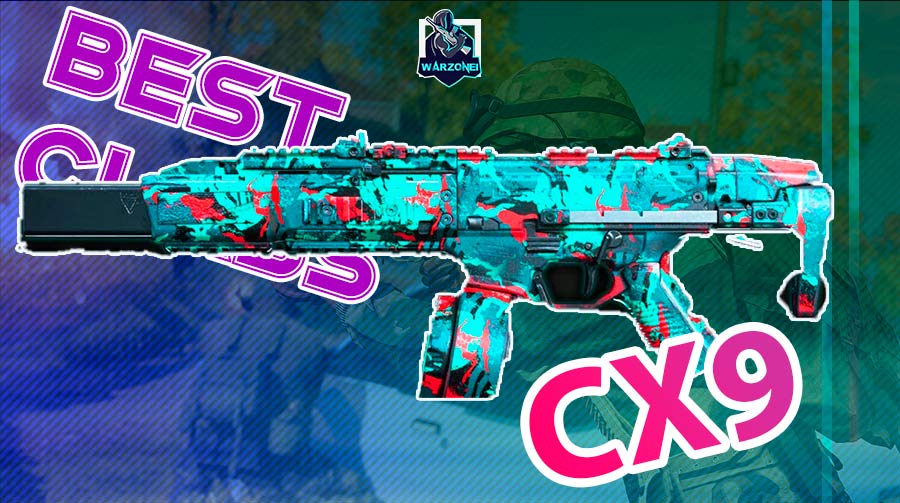 Another new SMG in the last days of Season 4. and fortunately, its modern warfare gun. Cx-9 again is here!

Last night finally, the Raven added CX-9 to the game. During season 4, getting closer to its end, Raven added another new SMG in-game Low-key. They didn’t even publish an official update, and it just added to the game with an In-game update. But the players embrace that with open arms, and the CX-9 attracts players very well.

So many players last night were trying to unlock and upgrade that, but Bugs don’t let them do that, and challenges wouldn’t be done, but now they fixed the problems, and you can unlock and use this

This gun has similar strengths and weaknesses to the Iso. So it would help us to know how to set the attachments and the best loadout for CX-9.

We use that on almost every modern warfare weapon to suppress the guns. And the other monolithic suppressor PROS is that it increases the damage range and improves gun accuracy.

It’s something that you need while you using this weapon. With its fantastic fire rate, this weapon will burn the bullets, so you need many shots. It would decrease mobility and control guns, but there is no better option.

The outstanding stock of this gun will improve its Aim down sight speed and make the weapon faster. Increasing movement speed is also one of these stock Pros.

Thanks to the CX-9 high fire rate that burns bullets, what is better than Sleight of hand perk, especially for such a gun that you need to reload that so many times. This perk is incredible works in Quade BR.

One of the most incredible features of this barrel is its weapon suppressor. While you using that, you can save an attachment and don’t use any suppressor. Also, it would increase damage range, bullet velocity, gun control, and accuracy.

Nothing special about this magazine. It just provides enough bullets for this high fire rate gun. It is a necessary attachment for this gun while you playing Warzone, and it doesn’t matter if you even play BR solo.

I know that it’s not essential for an SMG to use an under-barrel, but while this under-barrel gives the gun hip-fire accuracy and recoil control, it makes sense to use that.

Or you can use the tac laser instead of the under-barrel to regain the loose mobility caused by the barrel.

Improving movement speed and Aim down sight speed is the reason that makes this stock so good for the CX-9.

This one also going to serve to improve the gun’s mobility by increasing Aim down sight speed and sprint to fire speed.

My experience with CX-9

Its really excellent fire rate is the biggest strength of this SMG that makes a substantial vertical recoil and, on the other hand, a fantastic Time to kill. It’s one of the guns with the quickest Aim down sight, especially with our suggested setup, that helps you eliminate enemies in a second.

Actually, one of the biggest problems of this gun is its recoil, you can easily control the gun’s recoil, but it’s hard to use this gun for hurting enemies at longer distances. (it’s unmarkable for engaging in distances shorter than 20 meters) But it’s one of the SMGs that people would like as the secondary gun for sniper support.

Actually, while adding this gun again in Warzone, the Raven nerfed it, and it’s not feeling as melty as it was before and this gun has experienced nerf in damage. But still, It has an excellent time to kill.

Increasing speed while using an SMG and being a rusher player is the first job.

Overkill for carrying two different weapons, and if you are tactical using anything but a heartbeat sensor, restock is the best for you, primarily if you use stun grenades. And if you want to hide from UAV and sensors, use the ghost perk.

Switching weapons quickly is so essential in the game, especially for rushers.

Closet information to this gun belongs to ISO. Mp5 (MW) is also a good option, especially while its hip fire is still unmarkable in the game. If you need a hand from BOCW guns, Mac10 also is a wise choice and has similar damage and mobility, and both Mac10 and CX-9 have incredible Aim down sight.