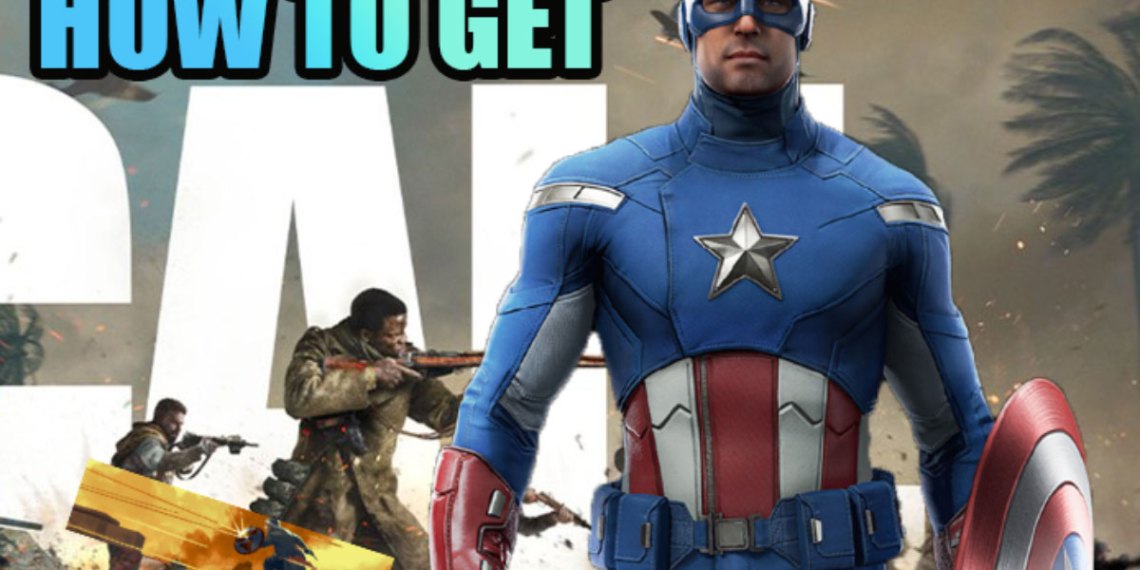 How to get Indiana jones bundle in warzone & Vanguard

How to Get Captain America bundle in call of duty warzone

Marvel and Activision’s cooperation is first-hand news of Call of duty Warzone. Captain America is one of Marvel Super Heros, and now it’s also one of Cod Vanguard operators. Read carefully because here I teach you how to get Warzone captain America bundle.

Fortnite put together many famous characters, locations, and equipment from favorite blockbusters like Naruto Fortnite Skin or Venom. And now Activision is trying to compete in this money maker field and bringing Famous Characters into the Call of duty Franchise. Like Warzone Halloween event which we saw Ghost Face and Donnie Darko in Warzone.

Now it’s a Marvel turn, and Activision and Marvel cross over for Captain America, the most famous super-soldier. Vanguard new surprise for players. Superheroes come to the vanguard and make the battlefield more exciting than before. Captain America is the first one of the super-soldiers who come to Vanguard and Warzone. Trust me, if you are a Marvel fan, I have many suggestions for you to Get Warzone Captain America.

According to charlieintel, Captain America is coming to Call of Duty Warzone, and now Warzonei site is teaching how to receive this bundle for the first time

Vanguard would be the next title that rules in Warzone. Up to now, we have heard much exciting news about Vanguard, like the new Anti-cheat system and new Pacific map, and probably the next surprise is Captain America coming. There is no exact information about Capt’s arrival date. But perhaps while the Vanguard takes the Warzone control, while Season 1 arrives on 2nd December 2021, we expect Captain America to also come in December.

How to Get Captain America in Warzone

Capt comes in Tracer Pack, so it costs 2,400 CP, and it’s one of the Expensive bundles in Warzone. You can purchase that in both Vanguard and Warzone titles and try Captain America in Warzone. The first way is purchasing the bundle through Cod Points. But people use CP for purchasing Battle Pass or buy blueprints and unlock weapons with that. And if you also Haven’t enough CP for purchasing the Captain America bundle, you can read the HOW TO GAIN FREE CP article.

The second way is Gifting. Your friends can gift the bundle for you and make you the owner of Warzone Captain America. If you still don’t know how to Gift Warzone Bundles, we have prepared a complete guide about that already, and you can read HOW TO GIFT WARZONE BUNDLE and find all about that.

Would Captain America Come to the Warzone?

Tom Henderson is a famous person who leaked much information about Video games that became true. Now there are some rumors and leaked data by Tom Henderson. he announced that Captain America would be in Warzone. This is the result of the Disney and Activision agreement, and Capt would soon arrive in the warzone. And as most of the Tom Henderson leaked data came true before, we think it's true that Capt coming to Warzone.

This bundle is a Tracer Pack and Costs 2400 CP. You can find much different stuff like legendary or higher weapon Blueprints, watch, finishing move and probably captain America special melee weapon which would be a shield with unique Capt design.