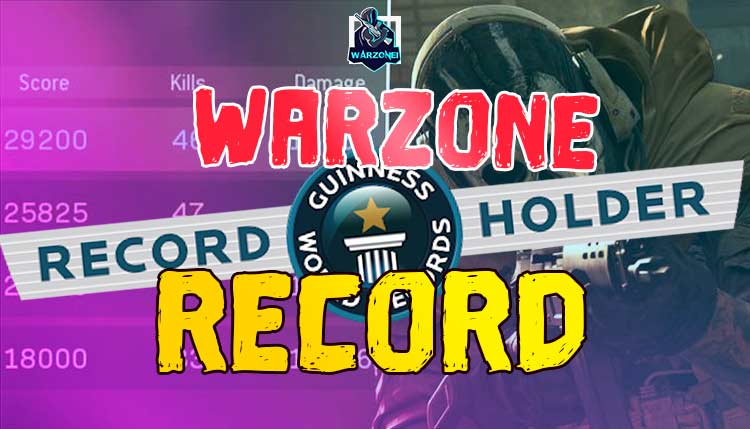 Players in Call of Duty Warzone keep breaking world records and making waves across the community. In this post, we’ve rallied up some of the impressive world records in Warzone.

Call of Duty Warzone has become an inseparable part of the gaming world, with serious-money tournaments on the line or people grinding to hack their names on top of kill charts.

As Warzone grew, so did the ambition of record-doers to join the famous battle royal race for the top spots. Amongst all other figures, the record for the highest kills is the one that always outshines others.

Since the chaotic integration of Warzone with other Activision series — like Cold War — everything’s been a mess.

We are witnessing new-bloods with crazy strategies and loadouts putting it all out, trying to figure out the meta while breaking some records.

So, What Are The Rules?

Two main guidelines should be followed to set the world record in any Warzone category and become legendary.

The first rule to follow is to submit video evidence — and NO … simple scoreboard image doesn’t cut it!

Secondly, smashing low-level lobbies with smurf accounts, videos not showing player levels, and recordings in LTM modes don’t count. Also, the tiebreaker between two squads or players with the same record is decided by whoever sends out their recording first.

Everybody thought that the American streamer “Rallied” will hold on to the 44kill solos world record for a while after he snatched the title from his Russian counterpart “Recrent.” However, it wasn’t long before the Brazilian “iNewwz” stole the whole thing with a whopping 47 streak in one server.

iNewwz slaughtered the lobby with a dominant combination of hard-hitting CR-56 AMAX — you can find our all-in “best CR-56 AMAX Loadout” here —  and hipfire MAC-10 as his secondary.

This time, it was up to a Portuguese streamer called “Nistaf” to carry his father “BabaYuki” in an astonishing 79 lobby-smasher to the chopper.

Nistaf showed us that dads are not only for backseat gaming and nagging; that they can actually help you bring down the likes of Duos World Record holders — aka, “ItsDerekMay and LIAM.”

For Warzone Trios World Record, it was up to the same team to consecutively break the world record, more or less. As you might know, the first row belonged to the team of “Dizi, Daltt, and Sebas” for some time.

That being said, Dizi and Daltt decided to shift things up and replaced Sebas with “DonLucky,” which worked like a charm.

DonLucky led the group with a draw-dropping 14,299 damage, bagging 42 kills and guiding the group to a new world record.

Suppose you’ve too wondered whether it’s possible to reach a total kills above the number of primary players in a lobby. In that case, you won’t believe this one, just as we didn’t.

It was “ScummN’s,” — a former record holder — sheer will that matched him up with “Newbz” in a 2v2 wager against “Aydan” and “Almond” for the Quads World Record crown in Verdansk.

The two teams absolutely ripped through Verdansk, grabbing over 150 dog tags, proclaiming themselves as the new gods of this category.