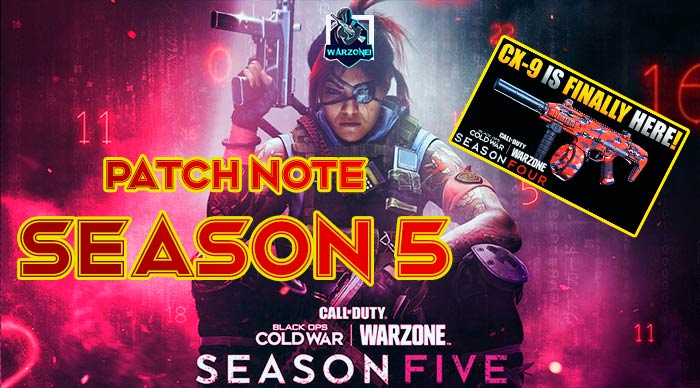 Again, Upcoming another new journey in the Verdansk.

It’s new season time again. Raven would release a new seasonal update of the Warzone and Cold war for the fifth time. So many players are tired from this boring situation of Warzone. And most streamers and famous YouTubers also turn to other games. Warzone turns to a Rejected game day by day, but Raven would turn the tide with the season 5 update.

As everyone remembers from season 5 modern warfare, the game just has the same situation and with Cold war coming although the differences in the games engines, however the BOCW with its changes; and again vitalized the Warzone.

The New season will be dropping almost 9 days later. There is some leaked content, rumors, and traditional changes that we expect. Here we prepared every news about the season 5 update.

Tonight the season 5 launch  date (12th August has been confirmed) 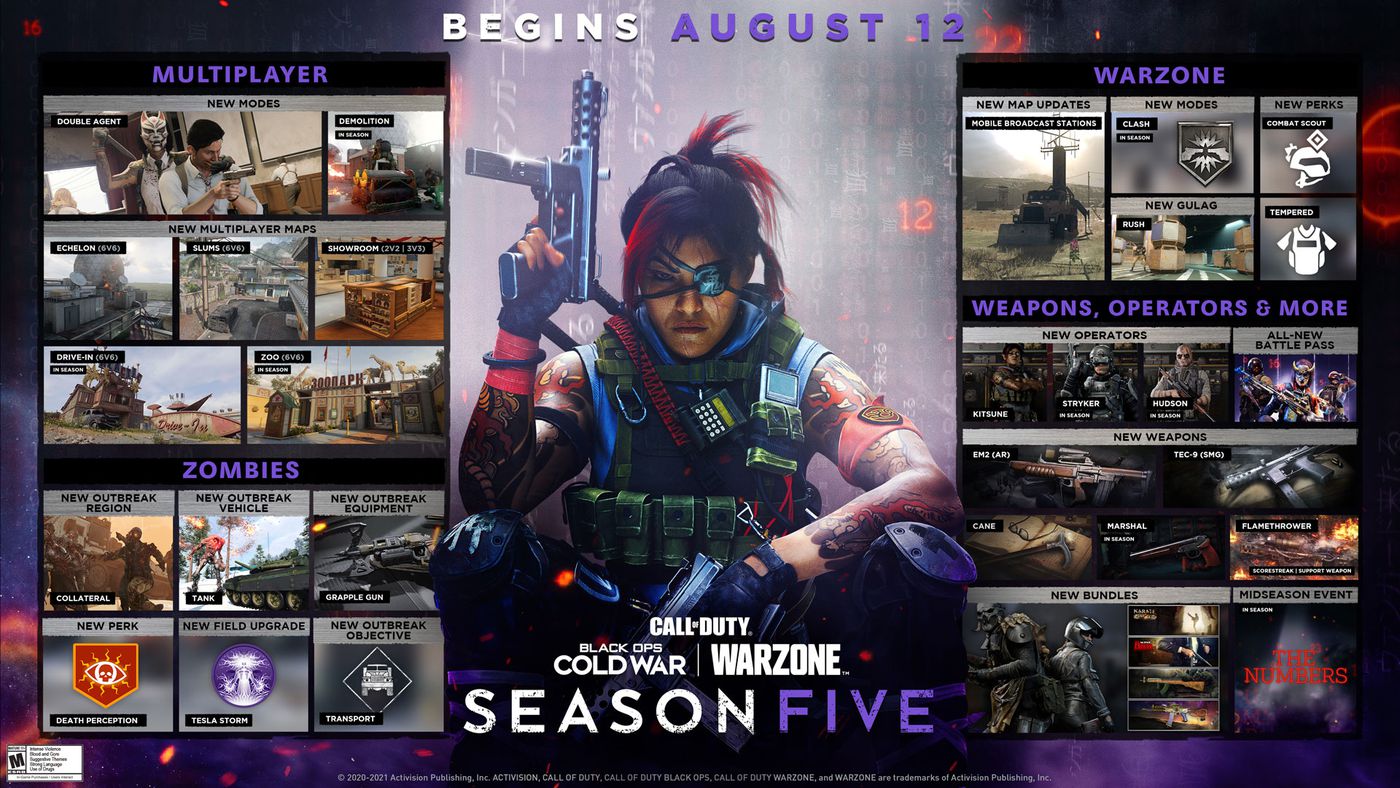 now the fifth season road map is revealed, and we know what going on this season. So much exciting news for the multiplayer and zombie part and some info about Warzone.

Let analyze every aspect of the roadmap. 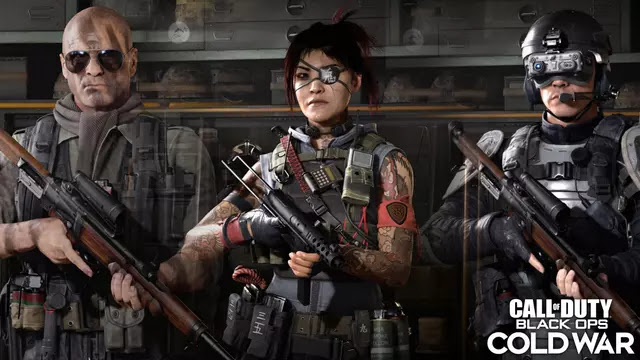 Kitsune: is ready to play after the update launches

Stryker: (NATO) that would be released during the season

Hudson: (NATO) this one also would release during season 5

The latest assault rifle is the JANSON EM-2

we heard so many things about this gun, and as the leaked photo, we saw that the Kitsune have an akimbo tec9, and we gauss it’s a pistol

But now Activision confirmed this gun would be in-game while the update launches as an SMG gun.

this one would be one of the melee weapons that will show up after the update drop.

this secondary weapon wouldn’t be ready while the update launches, and it would be adding in-game during the season. (Probably with mid-season update)

like previous seasons we have the new gulag this season. Its name is Rush and would be a replacement for this gulag after update launches.

It’s the same Rush map in the black ops 2. This gulag would also be a love letter for old fans.

Combat Scout: it’s the first new perk that is so exciting and powerful. It would reveal the enemy’s position for you and your teammates, but I think it just happens for the enemies you dealing damage to them.

Tempered: it’s clear that it would not be in the second perk class, but no one knows it would be in the first or third perk slot. With this perk, armors are more effective than before, and instead of 3 armor, while you using this perk, you can fill your armors with 2 armor.

Also, in the zombie part, we expect new modes and new perks.

As we experienced the previous updates and know this update will surely be more prominent and more important than them, we expect it to be between 20-40 Gb. It depends on your platform and your game ( BOCW or Warzone.)

as the battle pas photo leaked and information revealed on Reddit, we found that this season has some sort of Japanese theme. Probably season 5 will bring so many essential changes into the game, and the most crucial difference is the improving anti-cheat system. Like every season this season, also we have new characters, new weapons, and new events and changes in Verdansk. Let analyze every part leaked data

leaked and rumors about season 5 operators

you can see in the leaked picture the photo of the main character of this season that you can probably access on battle pass tier 100. Another attractive operator will be in the Warzone, it has beautiful clothes, but as it has so many colors on her suit, probably she is not suitable for Camouflaging.

probably the name of the other operators that you can access in the fifth season are: Kitsune, Kingsley, Surge, Mason

every season we have some new weapons in-game in different classes and ranges. Some of these weapons will be released with the update lunches, and others will attend in the Warzone during the season and mid-season update.

As season 4 arrives with a new SMG, Assault rifle, LMG, and even a nail gun, the fifth season will probably bring weapons from other classes such as snipers, tactical rifles, pistols, and shotguns. But there are no leaks about these classes, and in the leaked picture and news, it was just about a new pistol and new LMG gun. So probably, the other guns details will be published and confirmed information about the season 5 guns will be posted by the developer.

Based on leaks, the first new gun is the tec-9 machine pistol. Probably this gun akimbo would be the new game meta in the fifth season. 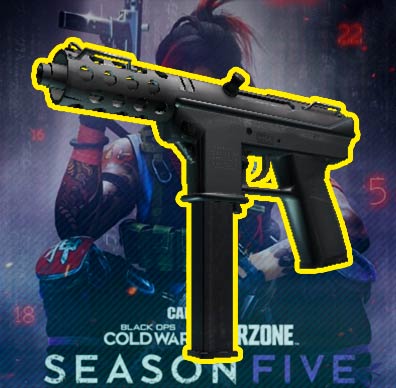 And as the rumors, the second gun is the MG36 (Holger-26), an LMG gun. This gun probably has a fast reload magazine with an excellent fire range, making it a good weapon for far-range conflicts.

will ps5 get FOV warzone?

Season 5 has so many changes and importance now for both players and developers. Players expect a better game version for the 9th generation consoles, and it’s a while that console players asking for the FOV feature in the Warzone for a better experience.  Warzone in previous updates didn’t make any change about this, and adding FOV was just as rumors, but now, it looks like the Raven wants to do something and keep a promise and add this feature to Warzone. 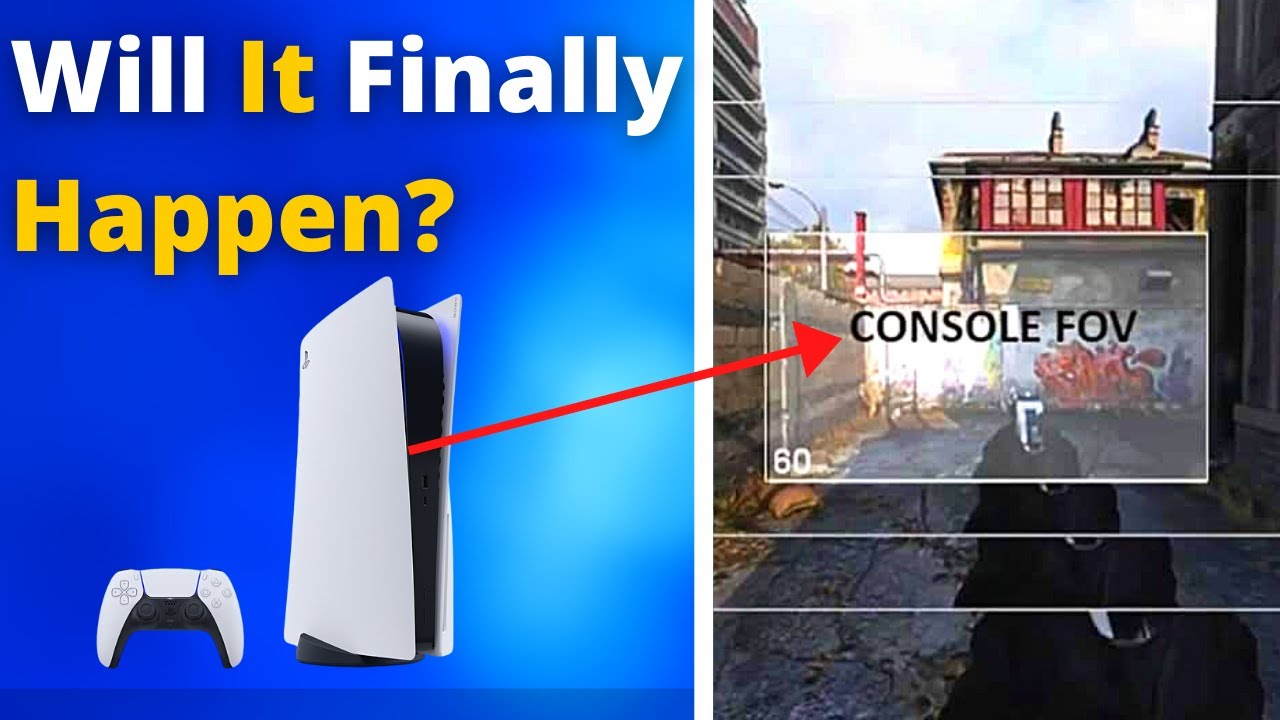 With the season 5 update, we would be the witness of adding the 9th generation Game version, and finally, in this version, 9th gen consoles shall have access to the FOV setting.

This version probably has improvements in visual content and graphic. But this version is just available for 9th gen consoles, not 8th generation. Ps5, Xbox series S/x will receive this update while season 5 launches.

as all of us know, the number of cheaters and hackers day by day increasing in a warzone, and it’s really annoying. Players keep getting angry from cheaters, and they easily keep using that. Also, even some famous streamers like NICKMERC were not satisfied with this situation, and they abandon COD Warzone and start streaming other games.

So it’s not really good for Activision, and they must do something about the cheaters and God damn hackers. As the rumors come true up to now, we think the rumors about improving the anti-cheat system in season 5 also comes true, and finally, Raven makes the cheaters leave the Verdansk. But it’s just rumors and leaked information. We shall wait almost 9 days more to see what would happen in Verdansk.

By adding new guns and new updates, the Raven would make other guns balanced as the tradition. Some meta guns like Krig6 would be seen some nerfs and give way to some new guns. There is no confirmed news about the weapons balancing in the season 5 update yet, but no doubt some guns would lose power, and some abandoned guns will gain strength and become more popular among warzone players.

So this article would be updated with the last confirmed news, so if you interest in warzone news, keep checking this article.

In the fifth season, like every other season, we have the next part of the storyline, and connected with that, we shall experience another event and other changes in the Verdansk.

We should wait for the update and subsequent episode of the trailer, but as we found in the trailer, the leading operator of this season blows up a place, and that indeed is connected to the fifth season major event and map changes.  We should just wait to see what is the next exciting warzone event in season 5.

Is the Warzone season 5 update out?

The update would be released on 12th August, and up to now, we just received the official season 5 trailer, and still, season 4 is up until 9th August.

What changed in Season 5 Warzone?

Almost everything changes every season in Warzone, and the developer drops a new experience for the players with the seasonal update. So as we experienced and expect in the season 5, we have some significant changes like improving anti-cheat system, changing battle pass, new guns, new operators, new event and new changes in the Verdansk. Also, some of the old guns will lose or gain power in gun balancing. We maybe see some new game modes also; who knows.

season 4 will expires in almost 5 days more. On the 9th August, the fourth season will be expired, and its battle pass will be closed forever.