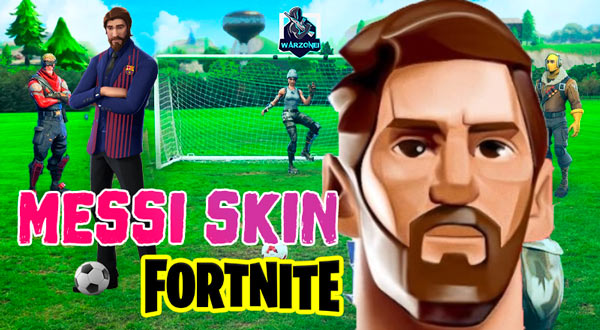 Following the transfer of Messi to the PSG football team, it is now very likely that Messi’s operator will be present at Fortnite. Epic Games has always been looking to get more attention for Fortnite, adding world-famous characters to the game. Now it seems that Epic Games wants to bring Messi into Fortnite like Harry kane and Neymar.

Messi became very marginal after joining psg and now it seems that Epic Games also wants to use this opportunity and put him in a dream squad.

Messi’s character in the Fortnite game probably has two different clothes, one with the shirt of his country’s national team, Argentina, and the other with the PSG team.

How to get messi skin in fortnite?

Fortnite has not yet officially announced Messi as its new skin.
But most likely Messi will be part of the next post-season battle and you can buy it for 2400 v-bucks.

How to get spiderman skin in Fortnite

Get Naruto Skin FREE in Fortnite