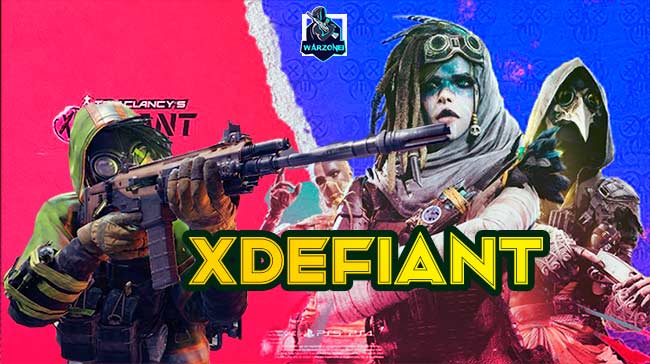 Special Ops Pro Pack :The Pro Pack is Back in Black bundle

Game developers again Adopting the old policy, and they again start publishing free games. The great video game developers are now in competition with gamer numbers. And What could be hotter than free games for though gamers. Ubisoft now, after losing in this competition with its old game, Rainbow six. Now Ubisoft returns to the fight, but not with the next version of the rainbow as it rumored, The Ubisoft now promised the players about a free game.

Quoted from the developer team, this game would have many attractive features; we would talk about that below.

So, fresh news about the Ubisoft new game last week was published. XDefiant is the latest and free Ubisoft game. As most of the multiplayer games still aren’t free, so this game would become a blockbuster. It’s a shooter multiplayer game that now has beta access. If you are interested in how you should sign up for Xdefiant free beta access, read the following text

Unfortunately, there is not any official release date for this FPS game. But game developer announced that the first close testing for the Xdefiant will begin on August 5, and this would be available just for Canadian and American pc players.

This free FPS game will be available for significant platforms after publishing. So players will try that on Pc, Play Station 4 ,ps5, Xbox One, and Series s/x. Also, it would be issued for streaming platforms like  Google Stadia and Amazon Luna.

Yes, the most information about this game came from its trailer, which was posted on the official Ubisoft YouTube channel on July 19. In the trailer, we saw many different aspects of the new game. Also, one of the producers speaks and gives other information about the game. It was a massive surprise that Ubisoft decided to publish a free game, and almost every detail in the world wide web about the XDefiant returns to that trailer.

This trailer also shows that this game is an FPS game like the Call of duty series. But this similarity is just in FPS and multiplayer game modes and also have so many other differences. This game would make a new Adventure for the gamers, like the golden days of Rainbow six.

In the official trailer, producers didn’t say anything about the story mode or something like that. And as this game would be free, this game wouldn’t contain a campaign mode, and it just focuses on multiplayer modes, not a storyline. And if any story mode for the XDefiant is published, It shall not be free, like the Call of duty warzone, which is free, but storylines and multiplayer have a price to pay.

As you know, this game will be published by Ubisoft(San Francisco studio.), and this game will Run by The Snowdrop engine. Actually, the XDEFIANT is the first-ever first-person shooter game run by this engine. This game will gather many features from Tom Clancy’s franchises like Splinter cell, ghost recon, and the division.

The developers focused on realistic guns and shooting beside the customization classes and guns. Like the WARZONE, in this game also attachments would affect on gun’s details. It is very similar gameplay for the players before played online Gems, but it has faster gameplay.  Also, characters in this game would be changeable, so every character has unique and unmarked abilities.

Tom Clancy’s XDEFIANT TEAMS: the XDEFIANT has 4 main factions. The first one is the wolves Faction in the tank class; the most crucial factor about them is their high health. They have shield base ability, and they came from the ghost recon franchise.

The second faction is the cleaners which are assault which has a high DPS (damage per second) which came from division, and probably their ability should be their flame.

The third one is the outcasts which also found their way into the XDEFIANT from the Division franchise. They are healers. And the last one is ECHELON, a support class, and they can hide from enemies and give information to their teammates; they return to the Splinter cell franchise.

This game will contain 10 maps after release. And probably its characters, maps, and guns will increase in number with several updates. The main game maps almost have the same filing as the division maps. Some of the main would be like an arena that focuses mainly on fighting, and some others are linear maps that are suited for some Escort modes.

Also, the game, while publishing, would contain five modes, escort, and zone control, which will be available on the linear maps, and Domination, upload, and Ringleader, which will be run on the Arena maps.

as the consoles and PC players nowadays are in competition and day by day, the game world will become more significant. Also, players are so excited about this feature, and the lack of this option will decrease popularity. So without any doubt, this game will support both cross-generation and cross-play features. But all of these are possibilities, and when the game is released, we can be sure about that. Maybe even it arrives in the game later then. Perhaps even like the Rainbow six, console players get Crossplay, but Pc players, for some reason, don’t get that ability.

how to play closed test Xdefiant

On August 5, Ubisoft will take a closed test for the beta version. Accepting that motivated Pc players to register on the official website to have a chance to play Tom Clancy’s Xdefiant. This would be so exciting experience, and also it would make so many advantages for the players who will accept being a part of the closed test.

Some people call this closed test the beta version of Xdefiant, early play of Xdifiant, etc. These all are the other names of the closed test. And it’s just possible for Canadian and Us PC  players, not anymore. If any trick or any way for registering in this Closed test via the console for people from other countries be found, we will learn you that way in this article or a news article with that title.

So let see how the American and Canadian people shall register for the Closed test.

If you want to try the Xdefiant early, do the following steps:

For now, it’s the only way to be able to play early, and with that, you would have a chance to access the early play/closed test. Ubisoft probably shares some other ways for other people, so check here again to know the freshest news about this awesome game.